BOY, DID I GET A WRONG NUMBER!

“There’s no hope for this Bob Hope bomb.”

There’s no hope for this Bob Hope bomb.

George Marshall (“How The West Was Won”) directs the lifeless comedy. It’s based on a story by George Beck and is written by George Kennett, Albert E. Lewin and Burt Styler.

The sexy French actress Didi (Elke Sommer) is unhappy in Hollywood being typecast as the bubble bath queen and with her American director boyfriend (Cesare Danova) who won’t cast her in another role, so she runs away from Hollywood as a protest.

She gets a room in a Rocky Point, Oregon hotel, where the family man local real estate agent Tom Meade (Bob Hope) gets Didi on the phone by mistake when calling his wife (Marjorie Lord) at the beauty parlor–after the switchboard operator (Joyce Jameson) messes up. Tom brings her food and gets her to hide in one of his cabins for sale. His nosy, wisecracking maid Lily (Phyllis Diller) overheard the telephone conversation and knows about the mix-up.

When Lily learns his wife is going to the cabin, she rides by motorcycle to warn him. They then hide Didi in a wall bed. Some nonsense takes place when the wife finds Didi, who flees by car. But all turns out well in the end.

This weak domestic comedy is like a TV sitcom shown in the 1960s–mediocre, at best. 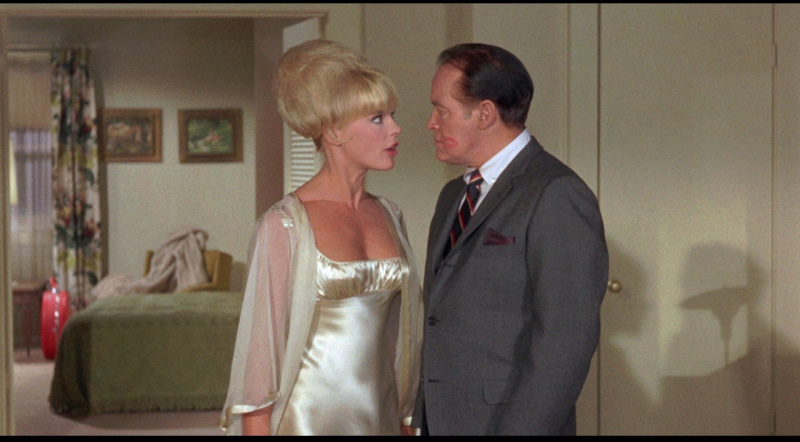