Forrest Tucker acts as the host introducing the segments. The skits include a Phil Donahue goof, an Eddie Murphy impersonation by someone who doesn’t remind me of the comedian, a slasher Santa, a late night news spoof, a female impersonator doing a terrible Liza Minnelli impression while singing a bad version of New York, New York, and many more unfunny skits. The comedy isn’t bad, it’s wretched.

What’s accurate is the quote from the film, “This Movie is Sh*t.” 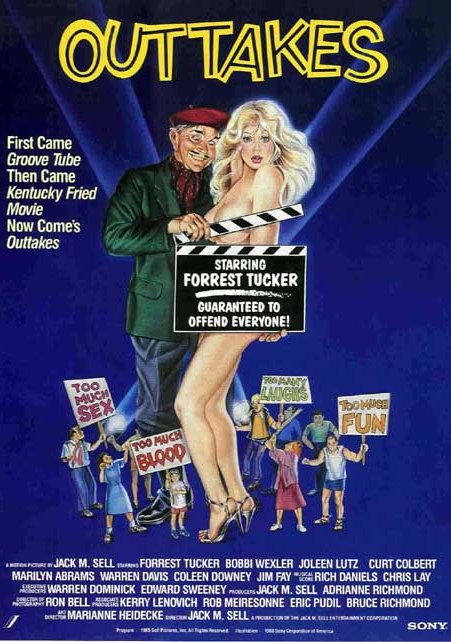