The experimental documentary filmmaker siblings, the Ross brothers, Bill Ross IV & Turner Ross (“Western”/”River”),  go to the last call at a dive Las Vegas bar called The Roaring 20s and catch the action from the real bar patrons (though I understand the slick filmmakers scripted or at least set up the discussion scenes for most of the bits with the bar patrons, who had to audition to get the part and go through a few days of rehearsals). The boys call it a documentary and set it in 2016, and tell a story that takes place over an 18-hour period. They fudged the truth–since the bar they said was in Las Vegas actually never existed and was really in New Orleans, and it wasn’t closing. In other words, this was all fictional and was falsely called a doc. Nevertheless it was a hoot. There was also one professional actor thrown into the mix with all the barflies.

We hear a lot of chatter from the bar crowd. That includes talk of unfulfilled dreams, confessionals, political arguments, veterans of different generations telling of their psychic wounds they got in the service, a gent telling of his aspirations to be a movie star but he failed and a 60-year-old lady shows the bar how firm her titties still are. All the conversations flying around the bar could have been scripted for a cinema verité film by someone like the great Cassavetes (which should be taken as a compliment by the brothers). I have dim memories of a time I was frequenting such dumps. Now that I don’t, I’m at home and sober and all I can say is I’m glad that’s not me I see on the screen.

Long ago I saw two similar themed bar films: one by Eagle Pennell called Last Night at the Alamo and one I enjoyed more by Steve Buscemi, “Trees Lounge,” which was set in a neighborhood bar in Queens and it told a similar story of bar patrons making it their second home. I could enjoy both films even if they were both forgettable and trivial, but they caught a slice of American life rarely seen in such a free-wheeling way.

The story the brothers tell is sometimes engaging, sometimes it seems too noisy and sometimes I wanted to shut the film down. Its regular customers seemed relaxed sitting on the stools with their beers or whisky and getting either tipsy or drunk, while having loud conversations with those they call friends even if they just met. They at times play schoolboy pranks on each other, try to drown out their troubles with drink, hide from their loneliness in some dark corner and frequently play the crowd’s favorite gambling song of Kenny Rogers on the jukebox.

The brothers got the bar atmosphere right, and their bar is typical of most street-corner bars in the country. 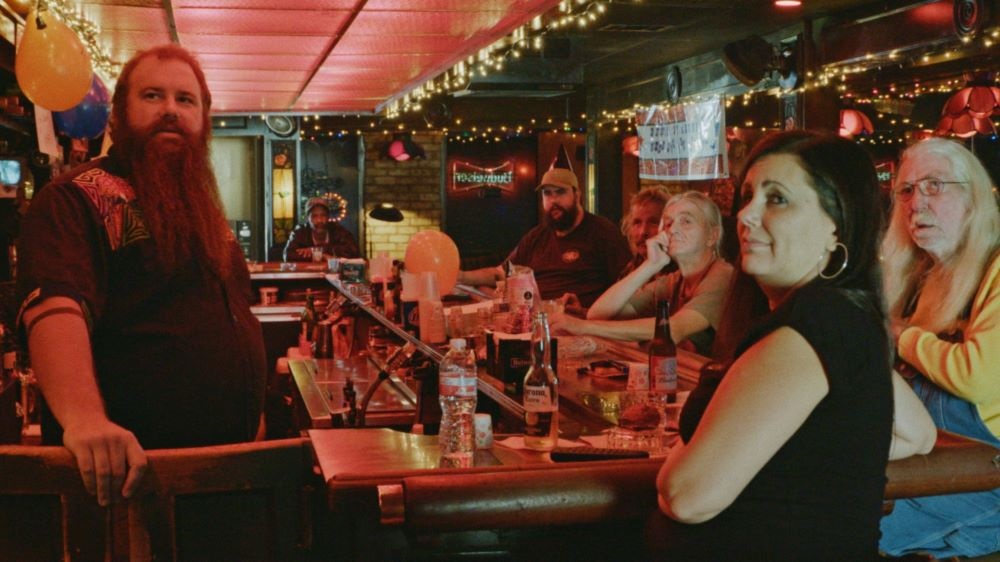