THE LOVERS AND THE DESPOT

“A bizarre documentary on the hostile way the dictator of North Korea tries to get his country recognition in the world as a major player in movies.”

A bizarre documentary on the hostile way the dictator of North Korea tries to get his country recognition in the world as a major player in movies. This weird true story documentary is directed and co-written by British filmmakers Robert Cannan and Ross Adam in a no-nonsense manner, examining closely the strange story of noted South Korean filmmaker Shin Sang-ok and his popular actress ex-wife Choi Eun-hee. They fell in love while filming together in South Korea in the 1950s. In the 1970s the couple was raisingan adpted boy and girl . But Shin left the family to live with a younger actress who gave birth to two of his children. While Choi was visiting Hong Kong in 1978, she was kidnapped by North Korean agents and taken to Kim Jong-il, the ruthless dictator. When Shin went to Hong Kong to search for Choi two months later he was also kidnapped by a colleague he never suspected of being a North Korean agent. The couple was reunited in North Korea and rekindled their relationship. The obsessive movie fanatic Kim treated them with utmost respect. Shin had several failed escape attempts that landed him for years in a brainwashing concentration camp. After his release five years later, the couple reunited and thought it best to make films for Kim as they were originally brought there for. During the next 2-years they made 17 films and included in all the propaganda films was one love story. That was North Korea’s first. The couple gained Kim’s trust and were allowed to travel to Europe accompanied by heavy security. At last they were able to pull off the escape and from Vienna, in 1986, sought asylum in the US Embassy. They fled to America with tape recordings that allowed the CIA to hear Kim’s voice for the first time and to verify their incredulous story. But their life in Los Angeles, in the 1990s, would never return to normal. Many in South Korea didn’t believe their story, and he never again directed. Instead Shin survived as a producer for Disney and produced their ninja films. Chou is now 89, and in the interview clearly tells of her ordeal and how chilling it was. Shin died in 2006. Kim died in 2011. The alluring documentary has splendid footage of both North and South Korea, valuable movie clips of the films the hostages made in North Korea and the film leaves us to ponder a peculiar cloak and dagger story that was not widely known. 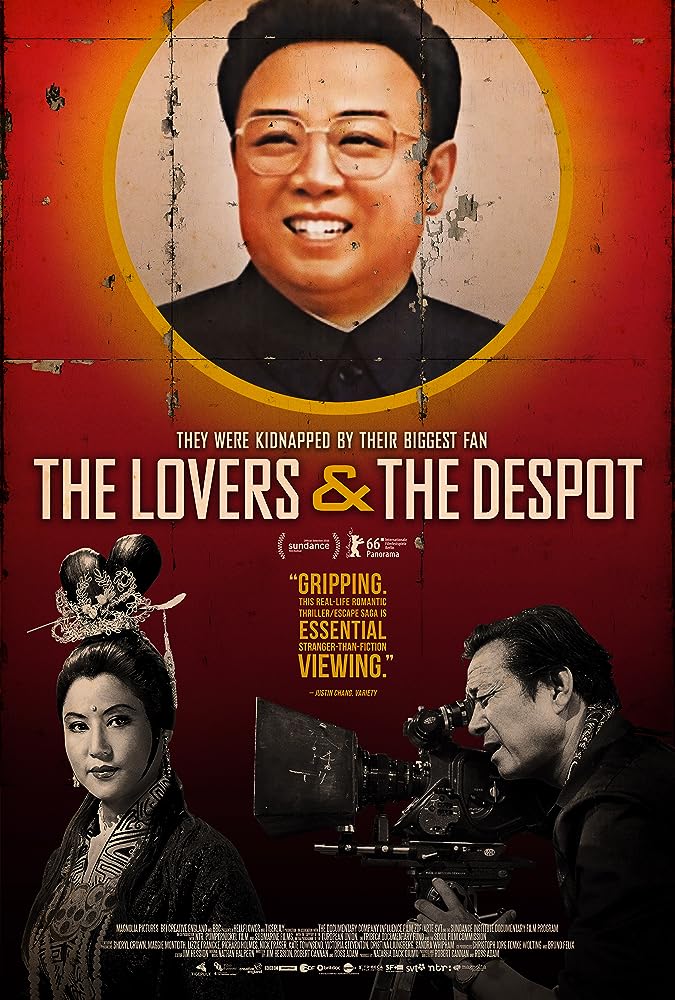