“Terrific spy thriller that however is not without its flaws.”

Don Siegel (“Rough Cut”/”The Killers”/”Dirty Harry”) helms this terrific spy thriller that however is not without its flaws (there are plot holes and the centerpiece climax is incoherent at times); one that disappeared under the radar but is worth catching for the marvelous low-key performance by Michael Caine, its ability to be suspenseful despite its predictability and the playful way it handles its derivative Hitchcock-like storytelling. It’s based on the novel “Seven Days to A Killing” by Clive Egleton and written by Leigh Vance.

Maj. John Tarrant (Michael Caine), an MI6 operative and someone who takes the business of maintaining a stiff-upper lip to be part of his British inheritance, learns that his young son David has been kidnapped by a gang headed by the ruthless McKee (John Vernon) and the unsavory Ceil Burrows (Delphine Seyrig); he’s told by them that he’s to deliver the next day a ransom of uncut diamonds that his secret spy office has obtained (known only by insiders) or else his son will be harmed. When his immediate boss, Cedric Harper (Donald Pleasence), a phobic with constant tics who even shreds his tissues, doesn’t trust Tarrant, the elderly slimy big boss Sir Edward Julyan (Joseph O’Conor) is indifferent to his son’s plight, his separated wife Alex (Janet Suzman) hysterically blames him for putting their son in harm’s way, and furthermore the bad guys frame him by making it look like he’s part of the robbery scheme, Tarrant therefore takes matters into his own hands while trying to remain calm and collected to figure out what the hell is going on. This stoical approach to his problem evidently bothered many American critics, who seem to relate all crack spies to being in the James Bond mold and couldn’t accept Caine’s more measured response.

Without the help of his spy agency or the New Scotland Yard, Tarrant wisely patches things up with his estranged wife and steals the diamonds from his home office (his spy boss refused to barter with the kidnappers) and goes it alone in a wild journey to track down the kidnappers. He finally catches up with them in the black windmill of the title, and the action is finally reminiscent of a James Bond film but without Caine ever being thought of as anything but a very intuitive spy with more brains than brawn. That Caine is never viewed as a super-spy like in many mainstream blockbuster movies, may very well be the reason this exciting and well-made movie surprisingly lost money. 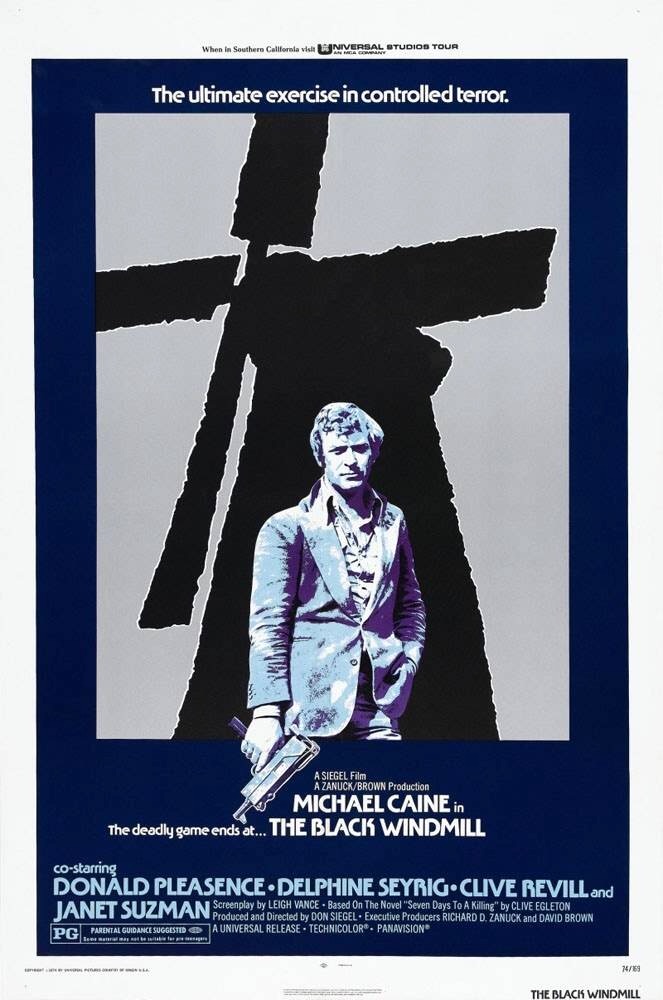