“It’s a routine but hearty outdoor adventure story that’s set in the rural mountains of Utah, in 1933, in the midst of the Great Depression.“

Phil Karlson (“The Phenix City Story”/”Kansas City Confidential”/”Scandal Sheet”) effectively directs a milder, straighter and lesser version of Track of the Cat. It’s based on a folksy mountain story by Morton Grant and is written by Grant and Dorothy Yost.It’s a routine but hearty outdoor adventure story that’s set in the rural mountains of Utah, in 1933, in the midst of the Great Depression.

The destitute 20-year-old Danny Turner (Lon McCallister) leaves Philadelphia to visit his late mother’s former beau Tom Eggers (Preston Foster) in Utah and see if he can get a job there. Tom’s rancher neighbor Gil Hawks (Forrest Tucker) is feuding with Tom over water rights and that twenty years ago he refused to let Tom marry his daughter Lucy Hawks, and insists his nephew Danny stay with him. Danny’s mom fled to the city to marry his dad, who died when Danny was young in a traffic accident. Since Lucy always spoke highly of Tom and her birthplace, Danny decides to visit after mom’s recent death.

Tom says he’s broke because of the Depression and because of the drought things are difficult. But there’s hope, as there’s a $150 bounty reward for killing a big mountain lion that is attacking livestock in the valley, and Tom hopes to get the reward money and start again his tannery business. The lonely postman’s daughter Doris (Peggy Ann Garner) is attracted to Danny, and does her best to keep the city boy in the backwoods despite him being useless in nature.

The film falters a bit when it clumsily patches things up in too pretty a bow for the climax, after the city boy redeems himself for his ineptness causing the death of another by heroically bagging the cougar. 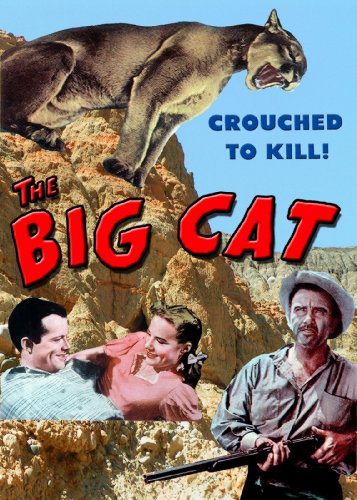