“What almost saves the muddled pic from fouling out is the raw dynamic performance by Leonardo DiCaprio as the troubled heroin-addicted lad who rises from the ashes to become a celebrated poet.”

Based on the modern-day Beat poet Jim Carroll’s cultish 1978 memoir. Tamely directed by first-time filmmaker Scott Kalvert(“Deuces Wild“), and written as a familiar walk through hell by Bryan Goluboff.What almost saves the muddled pic from fouling out is the raw dynamic performance by Leonardo DiCaprio as the troubled heroin-addicted lad who rises from the ashes to become a celebrated poet.

Jim Carroll (Leonardo Di Caprio) attends in the 1960s a NYC all-boys Catholic high school, where he’s on the basketball team. The rebellious Jim keeps a diary about his life in his exercise book, and tells of sniffing cleaning fluid and popping pills with school pals Mickey (Mark Wahlberg) and Pedro (James Madio).As he gets into heroin after his best pal Bobby dies of leukemia and his hard-working mother (Lorraine Bracco) kicks him out after learning of his habit, Jim still keeps the diary and uses hipster lingo to describe his shocking streetlife experiences that include turning tricks in the men’s public toilets and stealing purses from old ladies.

Whatever hard-hitting impact the memoir might have had because of its Hubert Selby styled language, this pic only gets the mundane prose right and can’t translate its highs, the anti-hero’s coolness or get away from being strung-out by too many junkie cliches. Carroll’s conquering of his addiction and his ugly amoral life is kept offscreen, as it never gets around to explaining how he turned around his life after being such a bad-ass and then becoming a celebrity poet after forming a rock band. This oversight renders the film hollow and disingenuous, and makes Carroll an unsympathetic character who maybe got away with doing a lot of bad anti-societal things without seemingly paying the full price for his crimes.

It’s interesting to note thatDiCaprio took over as star/narrator when River Phoenix died from a drug overdose. 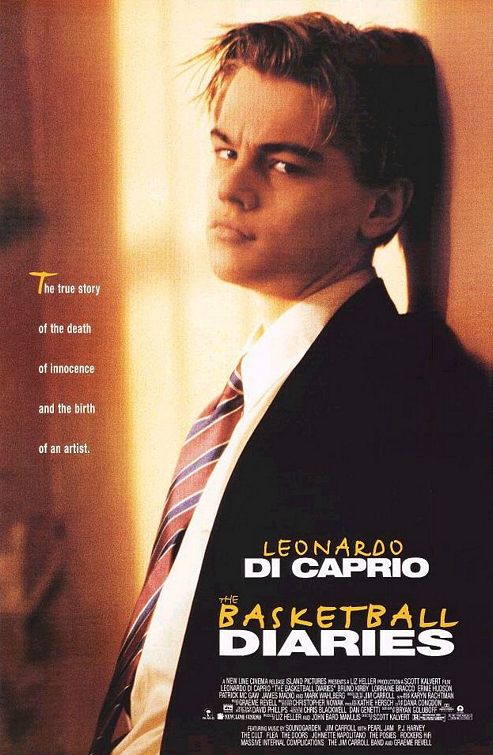