“It paints a detailed picture of Europe’s 18th-century period that could have been drawn by master painters such as Constable, Gainborough and Watteau.”

It’s adapted from William Thackeray’s obscure first novel, The Memoirs of Barry Lyndon, Esq., by director-writer Stanley Kubrick (“The Killing”/”The Shining”/”A Clockwork Orange”). It fared poorly at the box-office upon its release and received mixed reviews, but it has gained in reputation in recent times and remains one of Kubrick’s better and most underrated films.

The cinematography by John Alcott is sensational and gives the film its elegant look (it was shot on location in England, Ireland and Germany). It paints a detailed picture of Europe’s 18th-century period that could have been drawn by master painters such as Constable, Gainborough and Watteau. It’s a sumptuous costume movie that tells both an adventure story and one that’s a comedy of manners, that goes at a leisurely pace for three hours. The titular hero is an 18th-century Irish gentleman, born Redmond Barry but later upon marriage his name is changed to Barry Lyndon (Ryan O’Neal), whose lawyer father was killed in a duel over horses and mom refused to remarry devoting her life to raising her son and preserving the saintly memory of her husband. The film follows the up and down fortunes of Barry throughout his adventurous life. It’s given an air of importance by the sober narration throughout by Michael Hordern.

The good-natured Redmond falls in love with his pretty cousin Nora Brady (Gay Hamilton), only her family wants her to marry the more mature and more economically sound Englishman, the army Captain Quin (Leonard Rossiter). He earns a good income and promised to pay off a loan her father owes. The stubborn, impoverished lad refuses to accept her rejection and tosses wine in Quin’s face. A duel is arranged, and he believes he has killed Quin. His friend Captain Grogan was his second and is his best friend, arranges for him to flee to Dublin. What Barry doesn’t know is that he didn’t kill Quin, as the duel was rigged to get him out of the way so as not to interfere with the marriage. With Barry gone, Nora marries Quin. On the way to Dublin, in the woods, Barry’s robbed of everything by father and son highwaymen, Captain Feeney and Seamus. With that unfortunate incident, young Redmond enlists in the army. After experiencing the horrors of combat in the Seven Years’ War he will later try to escape. Barry seizes the moment by stealing the identity papers of an army officer courier who is swimming with his male lover and goes AWOL only to get caught as a poser by the clever Prussian, Captain Potzdorf (Hardy Kruger), and he’s forced to enlist in the Prussian army. The Prussian army is even worse than the British one. Taking advantage of being assigned to be a spy for Potzdorf, Barry instead takes up with the fellow he was supposed to rat out, his fellow Irishman, the Chevalier de Balibari (Patrick Magee). At last he escapes the army and begins a profitable career throughout Europe as a gambler, thanks to his new friend’s gambling skills. Barry eventually decides he needs a title and marries the wealthy and young English countess Lady Lyndon (Marisa Berenson) when her elderly husband Sir Charles Lyndon (Frank Middlemass) dies suddenly of a stroke. But Barry squanders the Lyndon family fortune and her son, Lord Builingdon (Leon Vitali), is so filled with hatred for his stepdad that he blocks his attempt to buy the title of Lord. It climaxes with a duel between Barry and Lord Builingdon that milks all the emotions it can from the suspenseful scene.

It’s an epic film that has much to say about class privileges and comes with an admirable story about the opportunistic titled character of dubious morals, and his growing cynical reactions to the cold world as he overreaches to better himself. It also makes for a terrific watch as it traverses lush landscapes and sighs as deeply as the ladies with those heaving bosoms. The handsome heartthrob, Ryan O’Neal, acts robotic but is useful to Kubrick as the puppet he can manipulate at will. He’s teamed with supermodel Marisa Berenson, beautifully adorned in costumes and wigs, who is even more limited as an actor. Nevertheless they both fit well into the picture, as they both look great and make pretty music together. 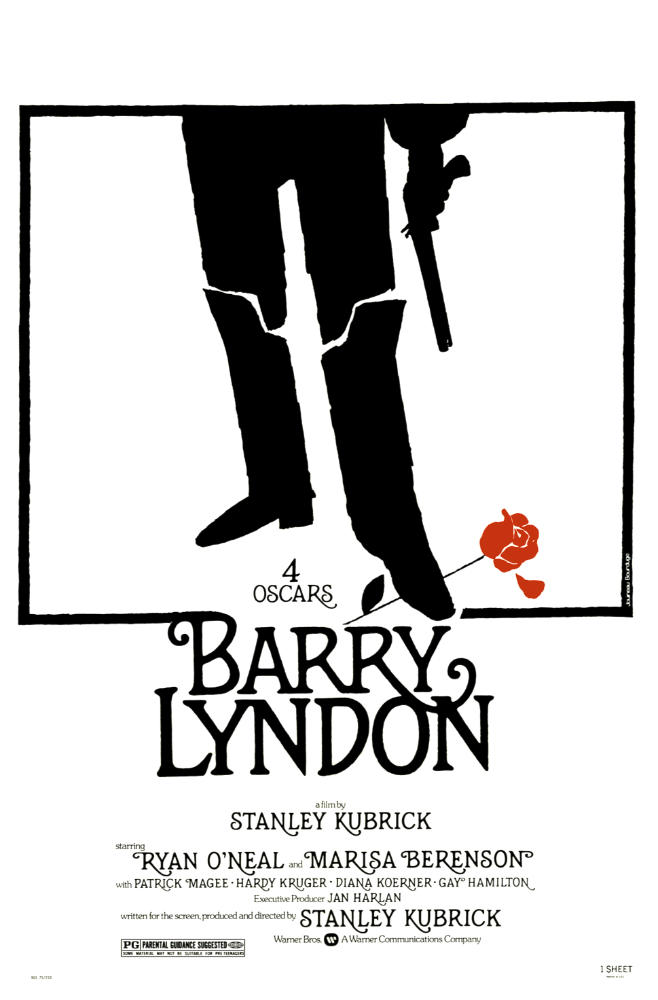 MIRACLE OF OUR LADY OF FATIMA, THE