“A Rorschach test for the curious viewer.”

A fascinating plotless psychological drama directed by Nina Menkes (“The Bloody Child”), one of the most brilliant and provocative experimental filmmakers today. It stars her sister Tinka Menkes as an unnamed Las Vegas blackjack dealer who seems to be beset by intense personal problems, but never discloses her inner thoughts. Tinka lives in a seedy motel and takes care of a dying old man living there, who might be her uncle. At one point she tries to file a missing person’s report for her husband who disappeared three months ago, but changes her mind while at the police station. She never reports her purse stolen, but asks the motel manager for another key. Also, at the motel are a quarreling couple who get on her nerves.

An unsmiling Tinka, adorned with teased hair and long red nails, wanders around Vegas where she remains mostly close-mouthed, replying only in a terse and begrudging manner when questioned by the bickering motel guy at a bus stop (who suddenly serenades her with “Since I Fell for You”) and by a young man trying to hit upon her by a water spot. The centerpiece scene is a 14-minute silent sequence, except for the background sounds, of Tinka dealing blackjack in a rote-like manner at the casino (it was filmed at Bob Stupok’s Vegas World Hotel and Casino). It’s a job that seems more monotonous than how it’s usually characterized as glamorous.

The barren landscape and the lack of communication with any of the locals, makes for an unfathomable real world where the ordinary looks ominous and the character’s alienation reflects the depressing daily scene in Vegas. There’s a quick glance of an Elvis impersonator at a wedding party, a black man lying in a coffin in a desert chapel, a burning palm tree (offering an obvious biblical symbolism), and circus elephants surrounding a car accident.

The filmmaker has created a Rorschach test for the curious viewer, showing the dead-end parts of America and its lost souls trapped symbolically in their own inertia. All the powerful images are commonplace but look surreal when examined so closely without any distractions. The result is a haunting film that gambles on making its point by not loading the dice and fixing the game. An original film that sparkles in its minimalist post-pop disclosures and in the imagery of the memorable but alien Las Vegas desert wasteland (a symbol for capitalism and moral decline), as it offers questions about life’s meanings rather than answers. 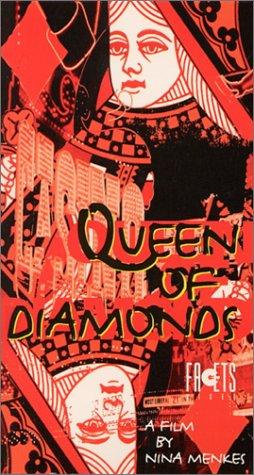