“A not so funny screwball comedy.”

A not so funny screwball comedy played as a female buddy film, following the SNL format. It’s directed in a harmless fun way even if it veers to evil satire at times, by TV and documentary vet Josh Greenbaum (“Becoming Bond”). It’s  co-written by the stars Annie Mumolo and Kristen Wiig, who can’t resist keeping it filled with silliness and never seem able to find the handle to give it some sophisticated wit. It might be Wiig’s worse film.

The divorced Star (Kristen Wiig) and the widowed Barb (Annie Mumolo) play the title characters, two middle-aged lifelong friends who can’t stop talking to each other, who never left their fictional small town of Soft Rock in Nebraska and like wearing culottes (indicating they’re not too hip). After losing their jobs at a furniture store that goes out of business, they hop a plane to vacation in Florida’s party resort of Vista Del Mar. After downing a large-sized tropical drink at the resort bar, Star is so loaded she spends the  night with the feller she just met in the bar for some uninspired sex, Edgar (Jamie Dornan).

It turns out Edgar is no good, who plans on destroying the resort with genetically-engineered mosquitoes he can release on a chip, on orders from his boss Sharon (also played by Wiig), who seeks revenge over being humiliated as a child at the resort. But now that he’s met Star, he’s ready to discard that plan to be with her. While she plans on saving the resort when learning of the plot.

Damon Wayans Jr. plays an inept spy, who keeps blurting out what he’s up to. He’s just one of a number of dull and undeveloped characters in this tiresome comedy (with only a few gags that work), and with an undernourished screenplay whose best absurdist scene has its lounge singer’s ongoing tasteless song Boobies going on for far too long (which makes it funnier than it should be).

It’s poorly written in a childish way and has a few weird celebrity cameos that seem awkwardly carried out. 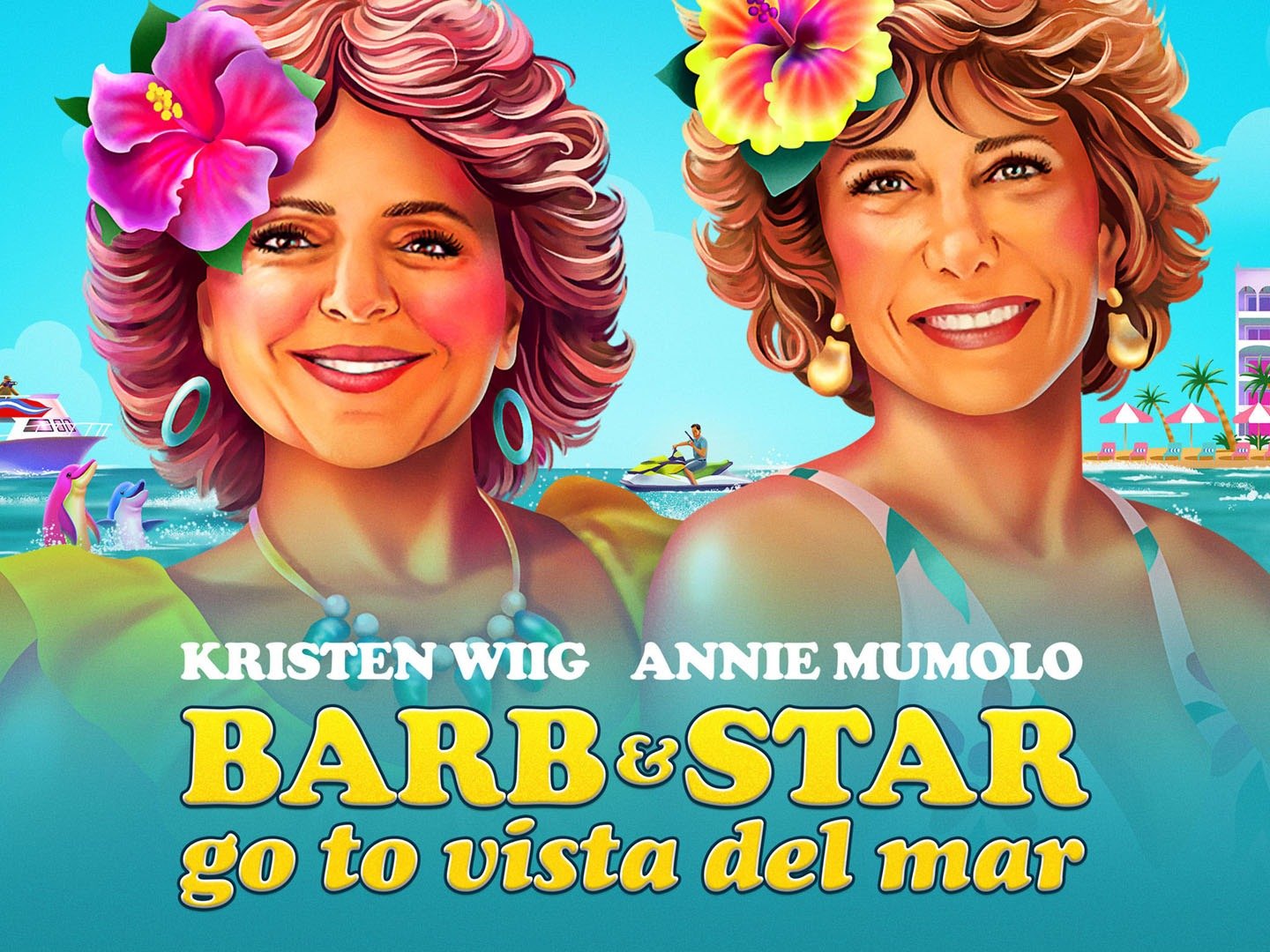