HISTORY IS MADE AT NIGHT

“A type of unbelievable melodrama that went out of fashion ages ago.”

A romantic tragedy whose contrived plot is built around a series of misunderstandings. Frank Borzage (“Moonrise”/ “China Doll”/”The Spanish Main”) helms this old-fashioned hokey revenge love story melodrama, a type of unbelievable melodrama that went out of fashion ages ago. It’s penned by Graham Baker and Gene Towne, who leave it with a few glorious moments among its many weirdly unconvincing ones. But it’s Jean Arthur’ performance that puts some elbow grease in a film that has murder, a dapper Charles Boyer running successful French restaurants in Paris and New York and, of course, a Titanic-like iceberg disaster in case the romantic tale wasn’t enough.

In Paris, when Irene Vail (Jean Arthur) tells her jealous and sadistic American shipping magnate husband Bruce Vail (Colin Clive) she is divorcing him, the possessive hubby tells her that he’ll never let her go. The sicko Bruce comes up with an unethical scheme to keep her. He hires his chauffeur (Ivan Lebedeff) to forcefully seduce her and have his private detectives then barge in, as according to French law if the wife’s involved in sexual misconduct the divorce can be denied. But Paul Dumond (Charles Boyer) is nearby Irene’s hotel room and overhears the disturbance and thwarts the plot by posing as a jewel thief and taking Irene away with him in what appears to be a kidnapping. They end up falling madly in love with each other after dining together in his after-hours restaurant, the Chateau Bleu, where she doesn’t know he’s the elegant head waiter and his best pal is the renown chef Cesare (Leo Carillo) and the couple sip champagne, listen to violins, do a barefoot tango and make goo-goo eyes at each other. By morning they both find themselves in love and ready for another date. Meanwhile Bruce kills the chauffeur and tries to frame the jewel thief for the crime, believing he’s actually his wife’s lover. This changes Irene’s romantic plans with smoothy Paul.

From hereon one has to believe a series of contrived plot twists that are frankly hard to digest, that eventually has Paul being a head waiter in a New York restaurant so Irene will one day drop in to renew their romance. Irene was forced to leave Paris by Bruce, and never told Paul the reason was because hubby blackmailed her: if she didn’t return with him, he would get her lover charged with murder.

After Paul and Irene eventually hook up in Victor’s, his New York restaurant, they take Bruce’s steamship back to Paris to clear someone the French police picked up (I guess it was too much trouble to just telephone) and charged with the chauffeur’s murder. Insanely jealous, Bruce has a snit attack and arranges with the reluctant ship captain to go full speed ahead to set an Atlantic Ocean crossing record knowing full well it’s foggy and the bad weather is too dangerous to go at full speed. Bruce knows that the ship which his wife and her lover are traveling on will more than likely hit an iceberg, and takes glee that if he can’t have Irene no one else will.

The story is insufferable, but the stars somehow show their acting chops by playing this hokum with conviction and make it oddly entertaining. 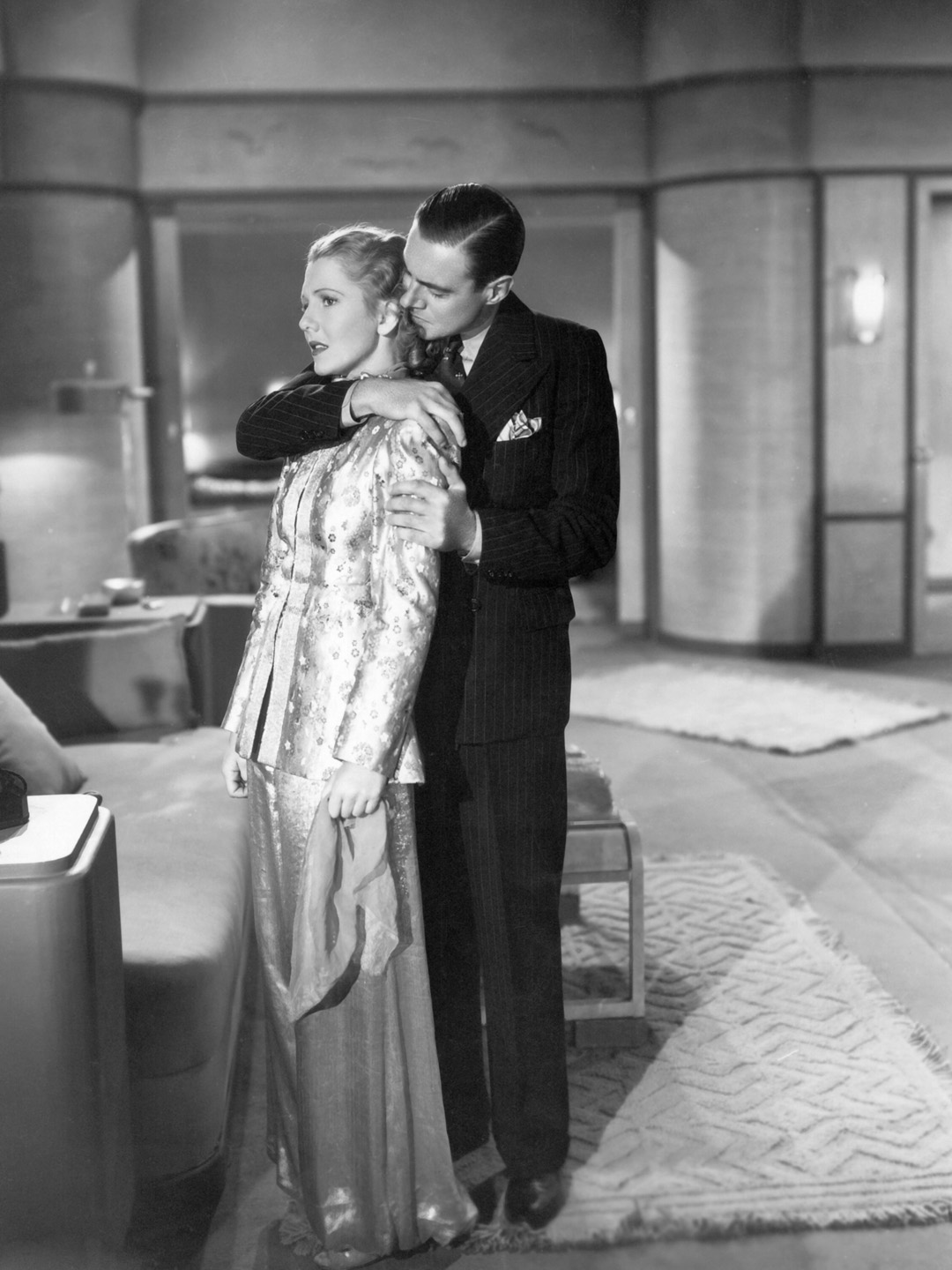 MURDERER LIVES AT NUMBER 21, THE

WOMAN OF THE TOWN