A listless neo-noir film written and directed by the first-timer Brit actor and producer David Grovic-a distant relative of Sarah Bernhardt. It’s based on the story Motel by James Russo, and is co-written by Paul Conway. Grovic has said the film is inspired by the story “The Cat” by Marie-Louise Von Franz. A dour widower hitman named Jack (John Cusack) is hired by the former academic crime boss Dragna (Robert De Niro) to deliver a briefcase holding a bag of undisclosed contents to a seedy Louisiana motel, where Dragna will meet him in Room 13 to collect the bag and pay him off. Jack is told to never look inside the bag.

There’s an offscreen fight with the bag’s previous holder that leaves Jack with a knife wound in his hand and the previous bag holder’s corpse in his trunk. Jack then checks into the motel, where the wheelchair-bound night manager (Crispin Glover) acts as creepy as Norman Bates. Once in his room, a six-foot leggy stripper, Rivka (Rebecca Da Costa, Brazilian ac), pretending to be from Israel, asks for his help because two weird thugs, Lizard (“Sticky Fingaz”) and his Serbian dwarf sidekick (Martin Klebba), are trying to kill her. The stripper makes herself at home in Jack’s bathtub, until Jack has no choice but to kill the dangerous thugs on the road. Back in the motel Jack must deal with the nosy motel clerk and questioning cops, who take him down to the station to torture him. They are soon polished off with the mysterious Rivka’s help.

Finally a chatty Dragna shows up, and the lucky viewer will get to see what’s in the bag and catch a few more action sequences that seem like play acting rather than a convincing movie. 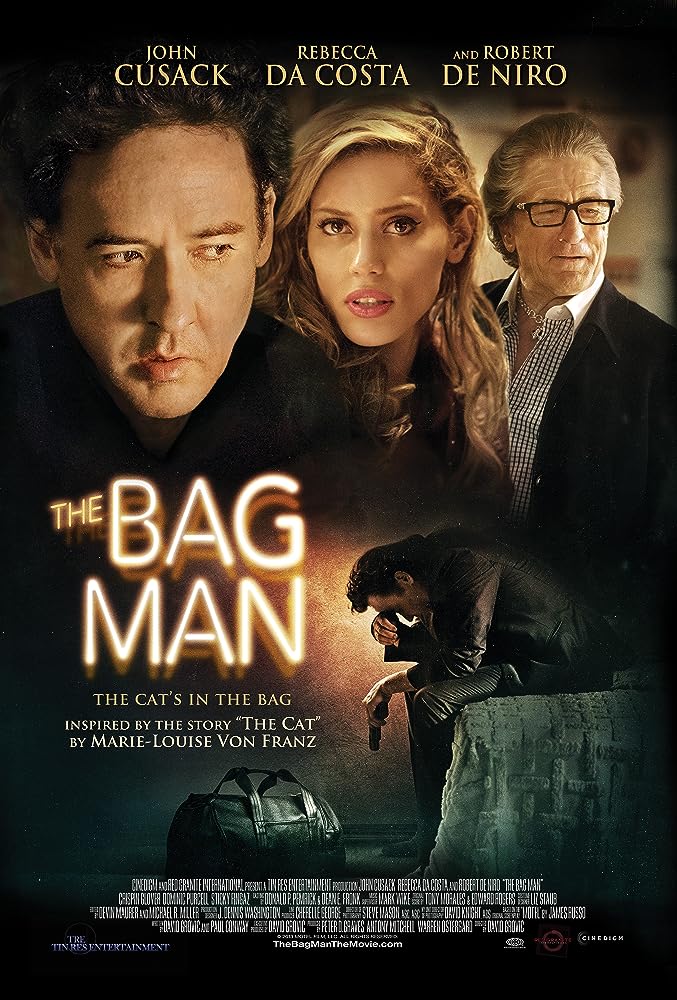