“It’s a remarkable portrait of a man breaking down and fighting for human dignity, and is filmed without any gimmicks or unnecessary distractions.“

A most compelling low-budget indie that has been fairly compared to such sleazy genre classics as “Henry: Portrait of a Serial Killer” and “Clean, Shaven.” First-time filmmaker Zachary Hansen is the director and writer, and has his hand in many other things including the innovative musical arrangements and editing. It’s an introspective film about the homicidal visions of a troubled young college student who is being torn apart because of his psychosis, as the troubled man’s character is effectively fleshed out through his ongoing battle with his illness. The film’s strongest suits are the fine direction and the excellent moving performances by the co-stars Christina Kew and George Foster.

Joe (George Foster) is a handsome, sullen, sensitive, withdrawn, taciturn criminology student and full-time worker in a low level library position. He lives alone in a cramped apartment surrounded by books and is severely bothered by nightmarish visions of killing those who disturb him. At night, these haunting visions compel him to walk the unnamed city streets in search of victims to appease his suffering pangs. At first, it’s not certain if he’s a killer or the killings are merely figments of his imagination. In a flashback we witness his father killing his beloved mother Rose and see how that has left him scarred for life. Joe keeps a straight razor on him and uses it to inflict a gashing Christ-like wound to his left side. His criminology courses give him a better understanding of himself, though he’s still confused about his horrific compulsions and suffers from amnesia. This makes him uncertain if he’s really a murderer. In a classroom discussion, Joe impresses his teacher by pointing out that one can’t assume that they know how a killer thinks or how the killer will act again by just examining the evidence. The professor critiques another student for fumbling over that point and backs Joe up by adding – one should never assume they know all about a killer until everything that there is to know comes out.

One of Joe’s coed classmates, Anna (Christina Kew), is strongly attracted to him and strikes up a conversation in the library. Anna is also a loner and a first year student like him, who is studying criminology because she didn’t have the grades for law. She’s insecure, sensitive, klutzy, and afraid to be living alone since her mother died. Complaining to Joe how difficult it is to meet others since her move to the big city from a small town, they bond and these two fragile odd souls seem to be perfectly matched. At one point, she mentions that she’s not afraid to be with him. Their relationship picks up steam when he buys her a pet female albino hamster to replace her previous dead hamster. Joe is thrilled that his goldfish has lived for 4 years, as they usually don’t live longer than a year or two. But he’s too scared to name the fish, fearing that if he does the fish will die. Joe is always fearful that he will hurt those who come too close to him, therefore tries to push away any human contact.

It was fascinating to watch these two vulnerable souls try to make conversation and relate, as even the simplest attempts at contact seemed to be a major struggle for both. The awkward but more aggressive Anna tries to please and is encouraged if she can bring out even a little smile from the asocial Joe. It pleases Anna so much that she yields a nervous giggle in return. Joe only wants to protect Anna, and is quietly pleased that she feels safe with him.

Together they inhabit a dark world, as they try to find redemption through love. But nothing is easy for them. Hansen wisely leaves it open how they will resolve their problems and what will become of them. The film left me caring about them, and therein lies the beauty of this tender story. Though it’s creepy and psychologically probing, it sticks to its aim of painting a not too pretty picture of a deranged man and how he deals with his inner demons and the delusional voices that pound inside his head. It’s a remarkable portrait of a man breaking down and fighting for human dignity, and is filmed without any gimmicks or unnecessary distractions. It should also be noted that the engaging visuals were done by Neal Fredericks–the cinematographer on The Blair Witch Project. 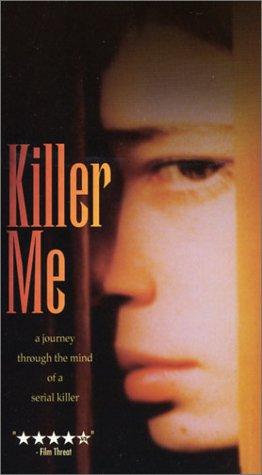