“Sadistic horror pic that has achieved classic cult status for being so irreverently camp.”

Ted Post(“Hang ‘Em High”/”Magnum Force”/”Beneath the Planet of the Apes”), a veteran TV director, is co-writer with the author of the story and co-producer Abe Polsky, and is the director of this unpleasant but tantalizingly bizarre low-budget sadistic horror pic that has achieved classic cult status for being so irreverently camp. The shrill over-the-top performances by most of the cast and the one wooden performance by Suzanne Zenor are not the most annoying thing about this weirdo pic, that’s reserved for showing actual footage of mentally disabled kids to exploit them.

The lonely Ann tries to help the child get better treatment, but she has too many serious psychological issues of her own to overcome to handle things rationally, such as spending endless nights at home with her mother-in-law grieving over her architect husband while watching slides of happier days.

Things turn increasingly ludicrous and lurid as we observe Alba torture Baby with a cattle prod and the other sis incestuously cuddle up with him in the crib. But the strange pic keeps our attention even as it descends into a demented psychodrama and we’re rewarded with a really unique surprise ending that should be disturbing to more than a few viewers and be especially fulfilling to those fans of shocking freak films. 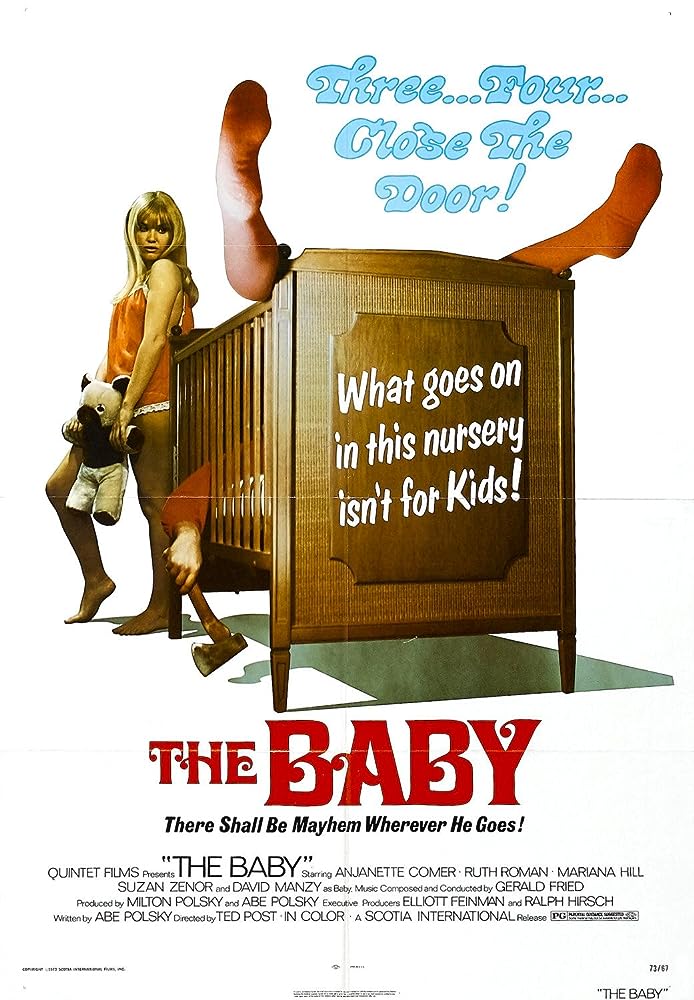