“The chatty film was like so much white noise.”

A contemplative road movie probing relationships that is weighed down with its smugness and self-satisfaction. It goes on the road looking for some profundity only to end up on superficial turf. It tells of an early thirtysomething living-together unmarried couple, who are looking to settle down and set up roots somewhere in North America. It’s helmed by Brit theater director Sam Mendes (“American Beauty”/”Revolutionary Road”/”Jarhead”), who only seems to have touristy insights about the American landscape and its inhabitants. It’s written by novelist Dave Eggers and Vendela Vida. They hoped to get to some satire in their romantic comedy-drama coverage of so many zany characters acting 1970s wacky, but that episodic approach backfires into a weak SNL type of venture. In the background we have to endure throughout the insufferable folk music by singer/songwriter Alexi Murdoch, which adds to the self-important feeling conveyed.

Verona (Maya Rudolph) is a medical illustrator of mixed race and is six months pregnant. She left Chicago with boyfriend Burt (John Krasinski), a likable nerdy man-child white guy who sells insurance, who wanted to be near his eccentric parents (Jeff Daniels and Catherine OHara) in rural Colorado. Verona doesn’t want to marry him, even though she loves him.

When Burt visits his always giggling folks, mom coarsely asks if the baby will be black and then blithely informs their son they are leaving immediately for Belgium — no matter that they won’t be around for their grandchild’s birth — and will be there for the next two years.

Burt quits his job and the couple visit friends and relatives all over the map to see where they want to live with their expectant child. They visit Verona’s obnoxious, sullen and kooky workplace former boss from Chicago, now living in the suburbs of Phoenix with her depressed hubby (Allison Janney and Jim Gaffigan), and she proves to be a vulgarian raising a dysfunctional family; next up is Verona’s jealous single younger sister (Carmen Ejogo) in Tucson, whose boyfriend is a big loser; then self-righteous New Age screwball fanatics in Madison, LN and Roderick (Maggie Gyllenhaal and Josh Hamilton), with the anti-stroller mom LN a close friend of Burt’s family; in Montreal they visit their old college pals (Chris Messina and Melanie Lynskey), who have adopted a number of rainbow coalition kids and seem happy until they reveal their secret about miscarriages and how their adoptions can’t make up for not having their own kids; and finally to Miami to visit Burt’s recently divorced brother (Paul Schneider).

The only thing the film seems to uncover is that Verona and Burt are too good for their family and friends, and in their search for maturity have discovered not a thing that will help them be responsible parents–which is what they are supposedly looking for and what the film was all about. The chatty film was like so much white noise. 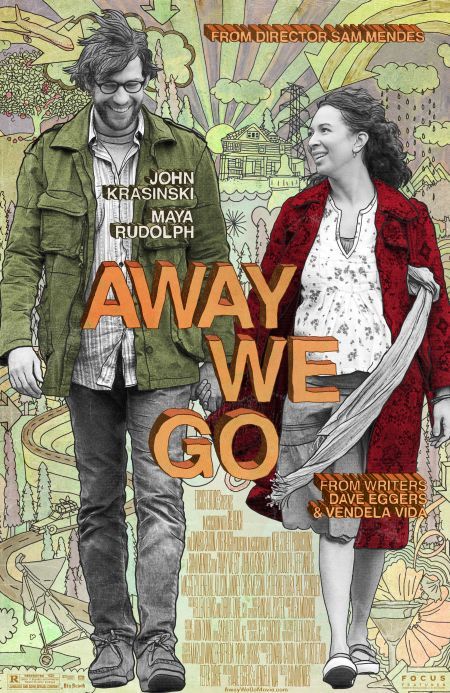