WE OWN THE NIGHT

“This is not the usual conventional cops and robbers film that some critics like to call it… .”

The Queens-born writer-director James Gray (“Little Odessa”/”The Yards”) revisits Russian gangsters in this emotionally charged crime drama that’s set back in the days of a pre-Giuliani New York City. Robert Duvall is a Giuliani lookalike, who at first look comes across as the sincere and staunch heroic figure but later on, upon further reflection, can be viewed as the self-righteous moralist who can only see things his way and bullies his kids into accepting his joyless and death-like crusade against the drug culture. We Own The Night, derived from the slogan of the N.Y.P.D.’s street crime unit, pits the Russian mafia drug dealers against the NYPD in an all out war. It also tacks on a tale of a family dispute and puts another spin on the biblical Cain and Abel tale by having brothers on opposite sides of the law. This makes for a Greek tragedy scenario that ain’t Shakespeare, but at least it’s considerably more tasty than the macaroni and cheese served on paper plates at cop functions.

It’s set in the raunchy drug-infested club scene of 1988 in the Brighton Beach section of Brooklyn. Bobby Green (Joaquin Phoenix), who no longer uses his last name of Grusinsky but instead uses his mother’s maiden name, manages the hangar-sized El Caribe. It’s one of the city’s hottest and wildest clubs, that’s owned by the grandfatherly furrier Russian named Buzhayev (Moni Moshonov). Bobby is conflicted because he comes from a large Polish-American family of law enforcement people who disapprove that he associates with criminal elements. His father Burt (Robert Duvall) is the deputy chief of police and his ambitious straight-arrow family man brother Joseph Grusinsky (Mark Wahlberg) has just been promoted to captain. Bobby’s family gives him a hard time over his career choice, causing him to stop taking their calls and confiding in them. The irresponsible lowlife kid enjoys his hedonistic life of snorting coke and being the big man in such a hip scene, where he has a good sex thing going with his hottie party girl Puerto Rican girlfriend Amada (Eva Mendes). She’s the only one he trusts to tell his secret about his cop family, since he realizes his life could be in danger if that secret got out. Bobby doesn’t even trust his goofy but loyal assistant Jumbo (Danny Hoch) with that secret.

The crux of the story comes about when Russian mafia kingpin Vadim (Alex Veadov), a nephew of Buzhayev and a ruthless mad dog criminal who is willing to kill anyone who might cross him, declares war against the NYPD after the club is raided by Joe Grusinsky’s newly formed crime unit. When Vadim retaliates against Joe and has one of his henchman severely shoot him and bomb his car, the conflicted Bobby is forced to choose between keeping his cool luxury lifestyle and siding with the Russian mob, or siding with his uptight estranged family. It’s a no brainer that he chooses his decent family over those scumbags. Bobby is the black sheep who rejoins the clan and sets out to even the score by becoming an informer. He thereby gains the respect of his brother and father, but places himself and those around him in danger. Bobby loses his edgy sense of being and becomes stiff. The film deceptively now feels like a clichéd story we have seen too often and everything seems so predictable. But the talented filmmaker, capable of shooting terrific scenes that are fresh even if they seem familiar–a smart car chase in the rain and a tense dispute at a clan gathering–winds things up in a way that is also given a twist and is not quite what it seems. It’s easy to look at Bobby’s return to the fold as the right thing to do and vindication to his father that his intractable stance was the right one and that Bobby has at last matured. But what Bobby loses after all the changes are forced upon him by circumstances created by his disapproving brother and father are things such as his joy for life, his individual spark, his sensuous life, his hot girlfriend and a chance to be his own man. This is not the usual conventional cops and robbers film that some critics like to call it, but a film that in its sly way makes you see that the “drug war” is a futile and deadly one where there are no winners only losers. 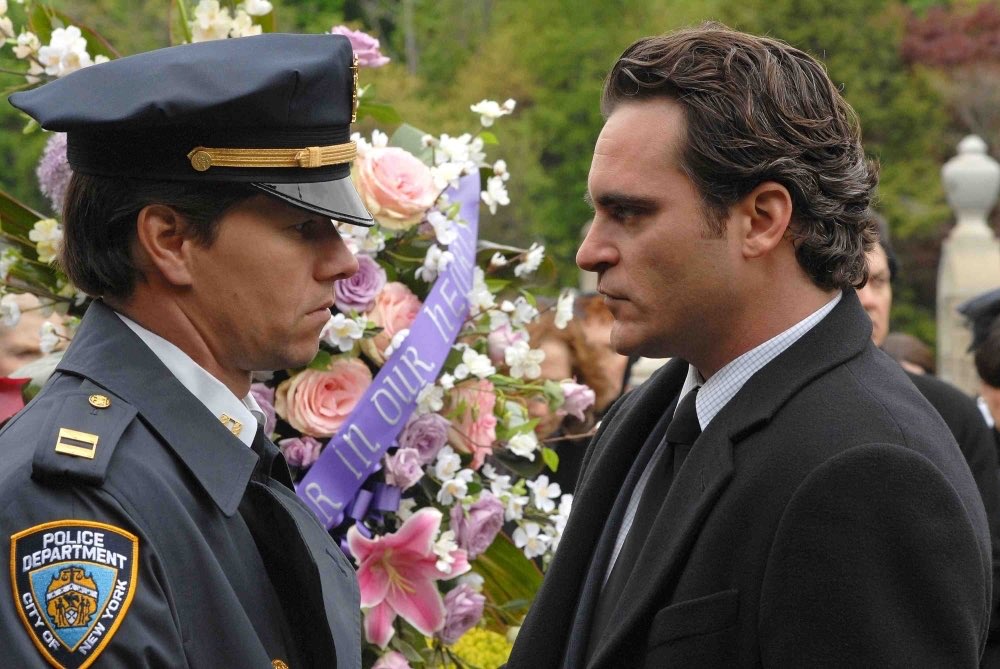