Ben Affleck (“The Town”/”Gone Baby Gone”)stars in and directs this appealing conventional thriller that’s based on a little known historic incident from 1979 of the Iranian hostage crisis. It keeps everything superficial and styled like an old-fashioned patriotic film. The incident covered is when 52 State Department workers in the Tehran embassy wereheld captive for 444 days by the Iranian militants and 6 others escaped unnoticed to hide in the Canadian embassy. The film is still timely because currently other American embassies are under attack in the Middle-East, and it gives you a rough idea of how scary that can be.It’s basedon a script by Chris Terrio and adapted from the book The Master of Disguise by Antonio J. Mendez, and the Wired magazine article The Great Escape by Joshuah Bearman. The escape plot seems outlandish as if a B film created by Hollywood, but that the story is true and executed in a nail-biting suspenseful way makes it a crowd-pleasing rousing adventure tale that shows how real-life and Hollywood do sometimes cross paths. But pardon me if I question its complete veracity, since there was no effort shown to keep the usual journalist standards of relaying the news with proof. I therefore have every reason to believe much of it was contrived by the filmmaker–especially those added melodramatics in the final scene at the airport.

When theIranian Revolution intensified, on January 16, 1979, the ruling monarch, the Shah, fled in exile to America seeking safety in the country that backed him in 1953 and ousted the democratically elected prime minister (1951-1953) in a CIA operation because he nationalized the oil resources and the Shah agreed to allow the foreign oil firms to return. The countrys power-hungry radical fundamentalist Islamic leader, Ayatollah Khomeini, returns two weeks later from exile in France to fill the power vacuum and agrees to the holding of the 52 hostages trapped in the U.S. embassy in Tehran in November, when the embassy was stormed by an angry mob of anti-American Iranian militants. However six other diplomats (Clea DuVall, Tate Donovan, Scoot McNairy, Rory Cochrane, Christopher Denham and Kerry Bishé) were able to escape by hiding in the Canadian embassy. Their escape to America was orchestrated by the CIA agent, a specialist in exfiltration, Tony Mendez (Ben Affleck), who cooked-up an odd scheme to smuggle them out of the country as part of a Hollywood team making a fake science-fiction film titled Argo. Tony’s CIA boss Jack ODonnell (Bryan Cranston) gives the green light for Tony to pose as a Canadian producer who goes to Tehran on the excuse of looking for a location site and thereby contacts the six staffers staying in the confines of the brave Canadian ambassador’s (Victor Garber) house for the last three months and gives the six staffers each a movie resume and a false Canadian passport. To make the project look legit, real-life Planet of the Apes makeup artist John Chambers (John Goodman) is contacted to use his Hollywood connections to make the fake pic look real and he hires as producer the cranky but humorous Lester Siegel (Alan Arkin). As the tension builds, things come to a boil in the third act as everyone is on edge to see if the “best bad idea” the agency could come up with would work and get the nervous staffers to safety.

The reason the Argo operation was not widely known is that it was kept secret until President Clinton declassified it in 1997. 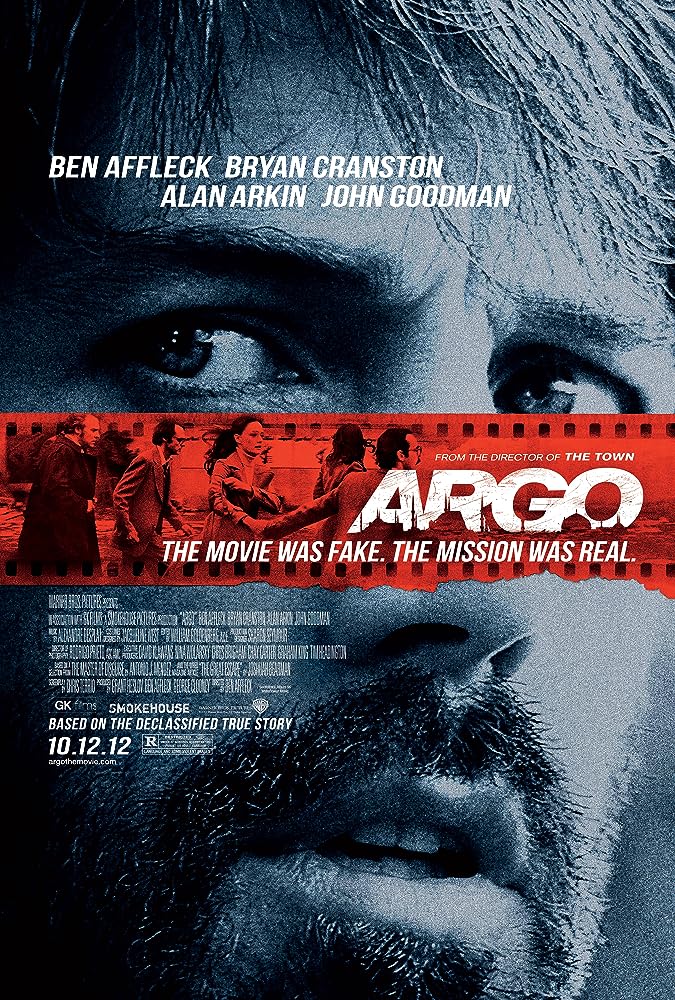