ALL QUIET ON THE WESTERN FRONT


The powerful fast-paced even if lengthy first-time German-language adaptation of the anti-war film about the Great War gets the nightmare part right (it comes after the ‘Best Picture’ Hollywood version of the book in 1930, its first time on film, & another Hollywood version in 1979). German director Edward Berger’s (“All My Loving”/”Jack “) provides a splendid visual rendition and a stirring adaptation of the German author, Erich Maria Remarque’s 1929 classic war story on the First World War, which is filmed with relentless brutality. The new adaptation of Lewis Milestones prestigious 1930 film is a richly made one, effectively using modern tech to upgrade the b/w highly rated 1930 war film. It’s co-written by Bergen, Lesley Paterson and Ian Stokell.

It opens with a German soldier on the front, Heinrich (Jakob Schmid), in a desperate move when out of ammo, charging the enemy with a shovel and after killed his uniform returned to Germany for repair and issued to the new recruit, the film’s innocent 17-year-old high school protagonist, Paul (Felix Kammerer). The underage youth wishes to fight for the Kaiser and without parental permission enlists with a forged signature to fight in the ‘War to end all wars’, after accepted along with a few of his school friends – Müller (Moritz Klaus), Kropp (Aaron Hilmer) & Tjaden (Edin Hasanović). The boys fight in the trenches and learn the hard way that this is a hopeless and bloody war. They are guided by an older professional soldier Katczinsky, or “Kat” (Albrecht Schuch), acting as their big brother, whose lively performance was a joy to behold.

It’s acted with great trepidation and focus. The battle scenes are gripping. Volker Bertelmann’s score is fitting. It’s the kind of serious film that always needs to be retold as a reminder not to forget the lessons of history or history will repeat itself.

The film’s morbid theme of ‘war is hell’ is reiterated along with the caveat to be wary of trusting politicians to prevent wars. The title tells us that  the western front is only quiet for the dead. It’s original title was translated in English as “In the West Nothing New.”

It played at the Toronto International Film Festival. 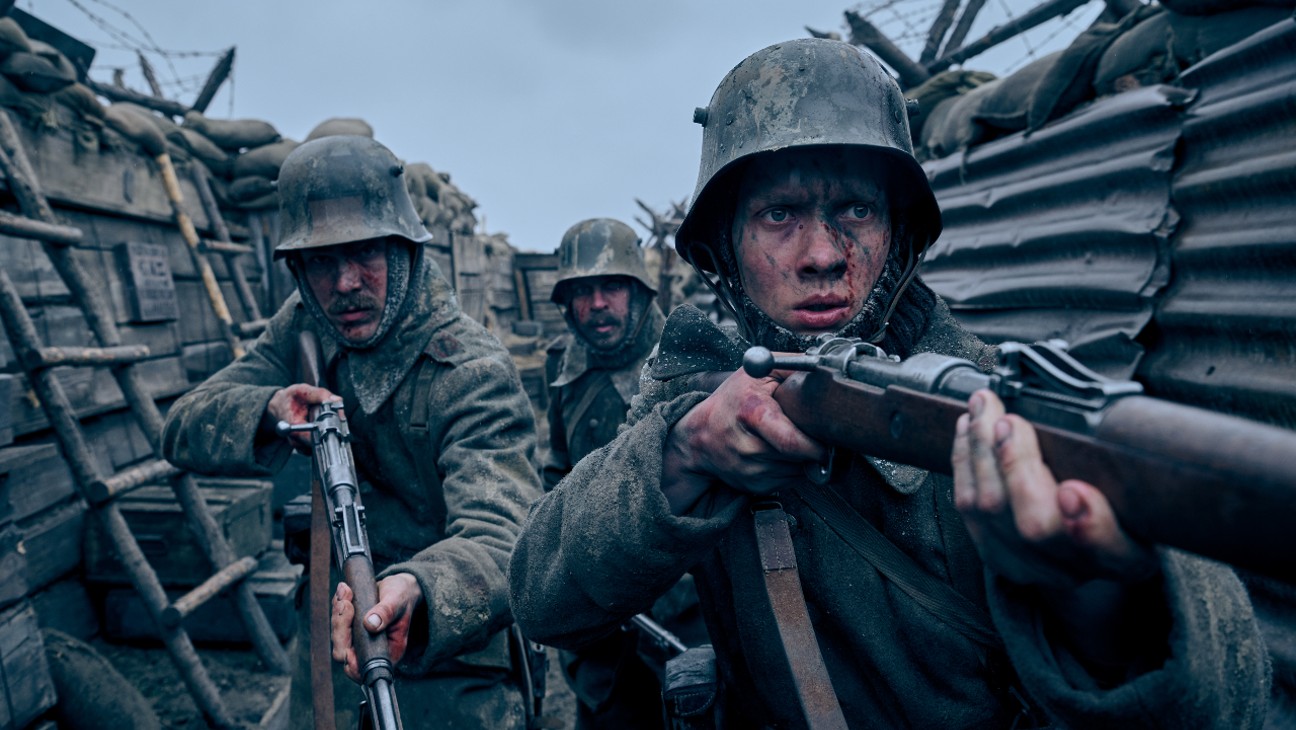