“Things seem authentic, thanks to the non-professional actors.”

A realistic, well-photographed and fictitious drama from the born in Barcelona, Catalonia, Spain, writer-director Carla Simon (“Summer 1993”). It’s a sad story co-written with Arnau Vilaró. The observant film is a tribute to the traditional ways of life that are changing in modern times, and the loss of jobs are causing the hardships to families like to the featured Catalonia family in the film who can’t adjust to the changes and therefore suffer the consequences. Things seem authentic, thanks to the non-professional actors.

During the summer, the large Solé family in the tiny village of Alcarras in Spain have for generations picked the peaches on their fruit farm. Things are changing due to corporate meddling and climate change. When their wealthy landowner, Senior Pinyol dies,  his son (Jacob Diarte) puts in solar panels to start a solar business on the land and serves the family with an eviction notice (he ignores the verbal contract between his father and the family’s grandfather (Josep Abad), that was giving them for their help of the landowners during the Spanish Civil War, but was never signed). The patriarch Qumet Solé (Jordi Pujol Dolcet) is too old to do anything else but be a peach farmer, and is angry at his grandfather for never getting the agreement signed but resigned to the hard facts–thereby turns down the owners request of staying on to install solar panels. Qumet’s sweet wife Dolors (Anna Otín) and children assist in gathering the peaches, for the last time. The two married sisters of Qumet make other choices, causing a rift in the once together family.

Adding to the story is a strike by the local farmers, who are not paid enough for their crops and strike to get higher prices. The film leaves us with the farmers looking ahead into a scary unknown future.

Simon paints a troubling bitter-sweet picture we have read about in the news over job loss, and is something viewers worldwide can relate to. The harsh realities of the situation should make all viewers think again about how those who can’t adjust to such changes and are powerless need government help to make the changes smoother.

It was the winner of the Golden Bear at this year’s Berlinale. 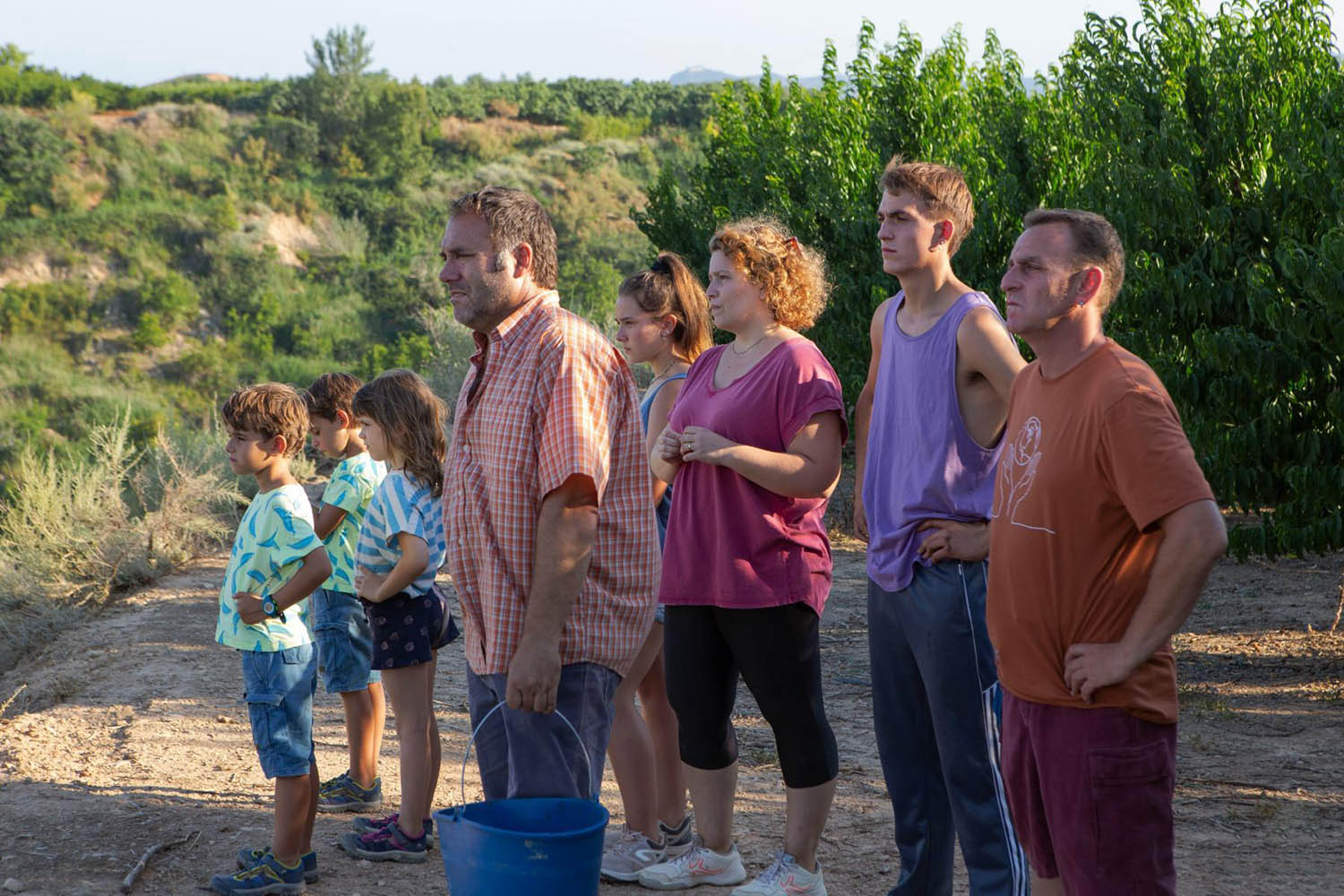 MAP OF THE SOUNDS OF TOKYO