“It’s a solid film, but I expect more from the great Delvaux.”

The final film of the acclaimed Belgian filmmaker Andre Delvaux (“Benvenuta”/”Belle”/”Woman Between Wolf and Dog”) is his biggest budgeted film. Unfortunately it is stodgily directed. Delvaux’s 16th-century historical film is based on the 1976 novel by Marguerite Yourcenar. Though intelligently presented, well-acted by the entire cast and especially by star Gian Maria Volonté, and stylishly photographed by Charles Van Damme, nevertheless the brooding dramatization lacks energy and is uninvolving.

It’s set in Flanders, during the mid-sixteenthcentury. The alchemistdoctor, traveling under the name of SebastianTheus (Gian Maria Volonté), whose real name is Zenon Ligre, returns by coach unrecognized to his Bruges birthplace and bunks down with his old doctor colleague Myers (Jacques Lippe). After wandering the last 20 years throughout Europe, Zenon went on-the-run to avoid the death sentence of the Spanish Inquisition for his radical writings, heretical medical practices and his bisexuality.

But the true radical can’t help expressing his beliefs and is eventually arrested and executed while curing the sick in the monastery run by the kind-hearted Prior of Cordeliers (Sami Frey).

It’s a solid film, but I expect more from the great Delvaux. 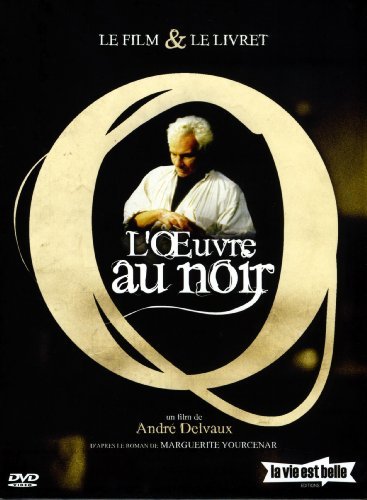