“It paints a fairly accurate and hard-hitting picture of the racial tensions of the times, but it still glamorizes the gangsters with too much love.”

The first effort at directing by Robert De Niro is more than respectable, mixing humor with evocatively drawn dark moments. It’s based on the book and the 1989 off-Broadway hit by Chazz Palminteri, who also handles the screenplay. It’s obviously much influenced by Martin Scorsese’s 1990 Goodfellas, but has a somewhat gentler style. Palminteri’s story is a love letter to his Italian Bronx neighborhood of East 187th Street (shot in Brooklyn and Queens) from his childhood days in the 1960s, an experience he feels very strong about. It tells of Calogero (Francis Capra at 9. Lillo Brancato at 17) growing up torn looking up to both his caring, law-abiding, decent, hard working bus driver father Lorenzo (Robert De Niro) and the local crime boss Sonny (Chazz Palminteri). It covers territory that’s all too familiar in these crime stories but does it well, as it begins in the 1960s when the sound of doo-wop singers are in the street, there are colorful characters around with nicknames like Eddie Mush, JoJo the Whale, Frankie Coffecakes and Tony Toupee, and the wide-eyed youngster is only 9 (Francis Capra) and dreaming of being another Mickey Mantle.

The nine-year-old Calogero (Francis Capra), while sitting on his front stoop, witnesses Sonny commit a murder in the street over a traffic mishap and does not rat him out to the police, as he honors the code of the streets not to be a rat. For “C”, as he’s nicknamed by Sonny, the lowest thing you could be is a rat. Dad says “You did a good thing for a bad man.” To show he’s grateful, Sonny offers dad an easy $150 weekly paycheck for a soft job dropping off some numbers slip while driving his bus. But dad turns it down, choosing not to get involved with the hoods. His son on the other hand gravitates to Sonny and is much influenced by his wise-guy’s philosophizing and cool gangster dress and ways, and at 17 rejects his father’s advice to make it on his own with an honest job and goes to work for Sonny.

Unfortunately the tale slightly falls apart when it hits 1968 as the interracial romance story, though well-acted, seems confusing and not fully realized. Calogero is 17 (Lillo Brancato) and begins a romance with black girl Jane Williams (Taral Hicks), someone he knows from high school. Complicating things is the growing racial problems between the blacks and whites living in alternate nearby neighborhoods, who clash over control of the streets. The film leaves unclear messages about the racial problems as delivered by the kid’s two father figures–who both advise following one’s heart, but remaining cautious. The crime boss turns out to be nearly like a priest, who steers his charge away from racism, guns and a chauvinist attitude toward sex. It’s far from believable to think a Mafia boss could be so priestly, though Palminteri’s performance is strong. In the end, after a violent confrontation between the races, the kid at 17 must choose between the black girl he fell for or his crazy bigoted friends who are at war with the blacks.

The strikingly honest performances by the mostly unknown cast make up for some of the sentimental lapses and awkwardly structured and ambiguous moments. The conclusion revolves around a befuddled C going with his violent pals on a car ride he does not want to go on and it becomes a matter of whether he can overcome the peer pressure to go along or do the right thing and leave them. It paints a fairly accurate and hard-hitting picture of the racial tensions of the times, but it still glamorizes the gangsters with too much love. 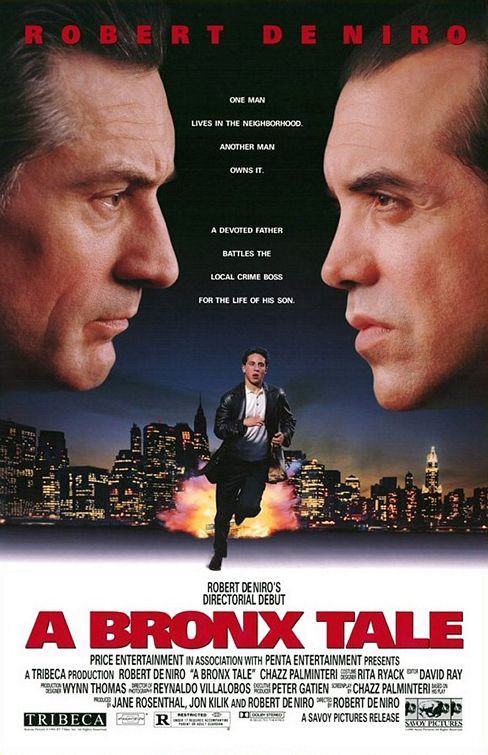