A PIECE OF SKY (DRII WINTER)

Swss filmmaker Michael Koch(“Marija”) films a simple drama about an Alpine’s couple romance altered by an illness, and uses a nonprofessional cast to keep it real. It reflects the power of nature for those living in the mountains.

At a remote German speaking Swiss village at a mountaintop of the Alps, lives the native of the region Anna (Michele Brand), who works as an inn bartender at night and during the day as a mail carrier, and has an elementary-school-aged daughter, Julia, from a previous relationship. Anna gets into a serious relationship with a gentle, bull-like, quiet, hard-working dairy farmer from the lowlands, an outsider, Marco (Simon Wisler, a real-life farmer), and they marry and for three winters are happy. He then loses control of his impulses because of a brain tumor, and becomes mentally ill. While waiting for surgery his behavior changes radically for the worse, With no hope, the community protects him until he dies.

A full Helvetian choir pops up between the acts, during the domestic tragedy, that acts like a Greek chorus.

It screened at the main competition jury at the Berlinale . 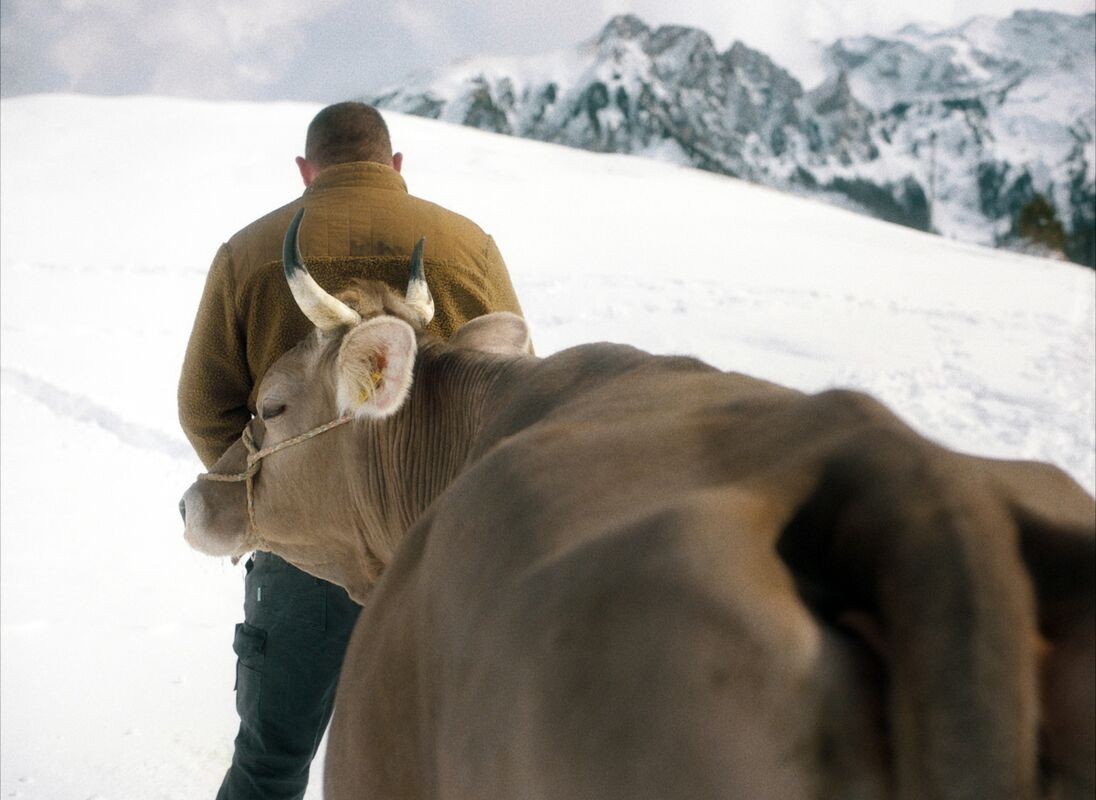