“Gained international acclaim for Anthony Quinn in a role many believe he was born to play.”

Michael Cacoyannis (“Attila ’74″/”Elektra”/”Iphigenia”) films Nikos Kazantzakis’s classic novel as if it were part of a package tour to Greece. The film never got over its touristy feel. It’s mainly a passionate character study of the author’s idea of what the exuberant universal Greek would be like, though it pretends to be more arty than what it delivers; but its story never fully materializes as anything to write home about (there are just a few truly delightful moments). It’s filmed by Walter Lassally (winner of the Oscar) in shimmering black-and-white photography. It also earned a supporting actress Oscar for Lila Kedrova for playing an aging prostitute (in a part turned down by Simone Signoret because it aged her too much; Cacoyannis said she wasn’t right for the part and got a replacement for her at the last moment but not before United Artists withdrew funding and Darryl F. Zanuck at Twentieth Century-Fox answered Quinn’s SOS and took over the growing budget of $750,000). It gained international acclaim for Anthony Quinn in a role many believe he was born to play and one that he’s become best-remembered for. Quinn was nominated for an Oscar. The film is also remembered for the catchy Muzak by Mikis Theodorakis.

“Zorba” is set on the colorful island of Crete. A young well-dressed introverted Brit writer of Anglo-Greek origins, Basil (Alan Bates), with a case of writer’s block, returns to his Greek roots when he learns he’s inherited from his Greek father an old lignite mine. He’s met in the seaport of Piraeus by Alexis Zorba (Anthony Quinn), an eccentric, crude and impulsive Greek peasant whom he takes with him to Crete on a whim. Zorba promises to teach the lad about mining and how to be a real Greek and have a zest for life just like himself by letting himself go and becoming a hedonist (using Greek culture to pursue wine, women and song).

In Crete, in the poor rural village, Basil is introduced to the lovely widow (Irene Papas), the love object of everyone on the island, and gets over his shyness thanks to Zorba and makes love to her. Trouble looms when her suitor Pavlo commits suicide when he hears about this through gossip. The widow is accused of adultery and is knifed to death in a biblical enactment of Old Testament punishment by the men villagers. The writer also witnesses the loud romance between Zorba and the French former courtesan Madame Hortense (Lila Kedrova), who owns the hotel where they are both residing. The townies look bad again when Madame Hortense is suddenly stricken with a deadly cold and the barbarians plunder her estate as she lies on her deathbed. Ill fortune strikes again when a crucial cable line on the mine is destroyed.

Zorba stops dancing for two seconds (he’s become identified with his iconic beach dance, as he’s viewed as a larger-than-life, big-hearted Greek commoner) to tell his pupil there’s a silver lining in all this misery and that is to learn to live with the inescapable suffering part of life and therefore when things go well one can truly taste life’s sweetness. The answer to combating life’s downward turns is doing Zorba’s unique Greek dance (Quinn injured his foot a few days before shooting the traditional Greek dance he had in mind and since he couldn’t jump invented this dance as a replacement), as Basil learns to accept the things in life he can’t control and his Greek journey turns out to be one of self-discovery. 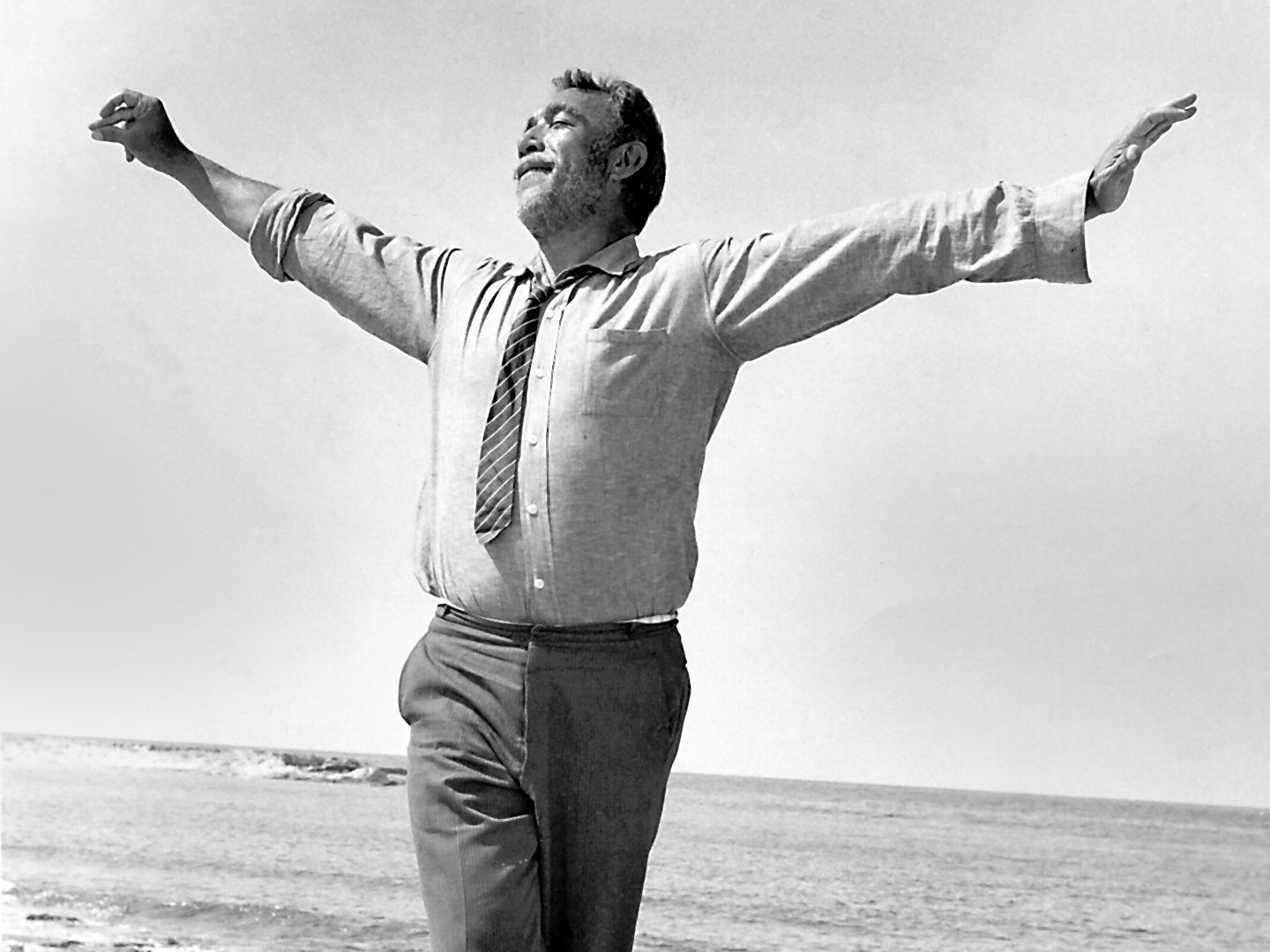