Y TU MAMA TAMBIEN (AND YOUR MAMA, TOO)

“It won me over with its genuine poignancy.“

This salty mainstream road trip film is directed by one of Mexico’s premiere filmmakers, the Mexican-born but New York-based Alfonso Cuarón, and coscripted by his brother Carlos. It won me over with its genuine poignancy. It first appears to be a lighthearted romp and coming-of-age romantic comedy about two obnoxious and infantile 17-year-old privileged boys living in Mexico City who are pleasure seekers and stoners, but when the 28-year-old woman enters the picture it develops into a tale about their deeper psychological problems.

Tenoch (Luna) is an upper-class son of a corrupt big shot politician in the ruling party, his best friend Julio (Bernal) is middle-class and lives in less opulent surroundings with his divorced secretary mother and college activist left-wing sister. The film opens with the two screwing their girlfriends and making them promise to screw no one else, as they mark out the girls as their possessions.

When the girlfriends of the two boys leave with their parents for a summer European holiday, the boys are free to experiment with other females. They get stoned but do not have success meeting girls. Attending an upscale wedding celebration of one of Tenoch’s relatives, where the president of Mexico attends, Tenoch meets his pompous older writer cousin Jano (Remolina) and the boys take an instant dislike to him, even spilling a drink on his white suit. With him out of the way cleaning, the boys meet his attractive dental technician wife from Madrid, Luisa (Verdu). In a playful mood, hoping to score, they invite her to a fictional beach called Heaven’s Mouth never thinking she’ll take them up on their offer.

When Jano calls in a drunken state to apologize for having an affair with another woman, the sexually liberated Luisa surprises the sexually immature teenagers and decides to go with them to that distant paradise beach on the Oaxacan coast. As this odd trio goes off the beaten path to where the peasants live, the beach becomes a metaphor for life, politics, class differences, love, sex, and each one’s personal desires. These are a lot of topics to cover; but, filming in the style of a New Wave film, these themes pop up as a natural part of the story. But a voiceover is needed to explain the situations and what happens to the trio when they separate after leaving the beach. The filmmaker couldn’t seamlessly express his tale visually without the voiceover, which is the most glaring flaw in an otherwise very perceptive and thought-provoking film.

Maribel Verdu gives a moving performance as the sad-eyed experienced woman who gives the immature macho boys a lesson in sex and in growing up. She is the life-force behind this lyrical film that has shockingly graphic sex scenes and lots of drinking and smoking pot. The sex here is more real than in most American teen films where such activity is reduced to being a tabu. And since the characters portrayed are credible, the surprising way this intelligent film concludes also seems credible. 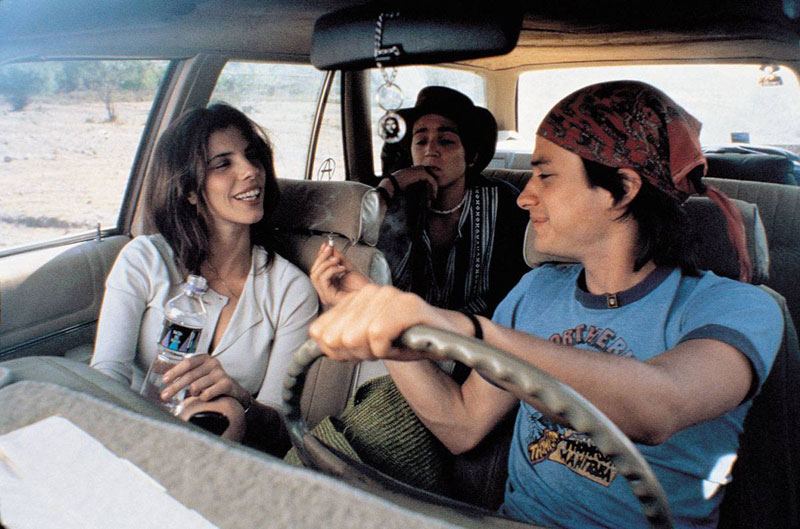