“It’s worth seeing because it gets one’s juices flowing whether buying into the martyred Reich’s theories or not.”

Counterculture Serbian filmmaker Dusan Makavejev (“Montenegro”/”Sweet Movie”/”The Coca-Cola Kid”) directs this whimsical surreal experimental documentary on the controversial Austrian-born Communist, free-love advocate, psychologist and philosopher W. R. Reich (the radical analyst connected with Freud as his assistant and at one time linked with Marxist beliefs) that mixes in archival footage of Stalin and patients receiving electroshocks in Nazi medical footage with many collage shots that include the guerrilla style hippie poet Tuli Kupferberg (with fellow poet Ed Saunders formed the NYC-based rock band called the Fugs) running around the East Village and Lincoln Center as a soldier with a toy M-16 who is willing ‘to kill for peace,’ transvestite Jackie Curtis licking an ice cream cone with her manly date, and Screw editor Jim Buckley lying on his backside as artist Nancy Godfrey covers his erect cock with a plaster-cast. It also contains a free-form fiction narrative, which becomes the gist of the film, that’s set in Belgrade about a proletarian Communist Slavic sexpot Milena (Milena Dravic) seducing hunky looking Vladimir Ilyich (Ivica Vidovic), named after Lenin, a visiting repressed Soviet ice skating champion. Milena’s prole roommate Jagoda (Jagoda Kaloper) skips all Milena’s proselytizing about the benefits of sex by actually bedding down with a steady diet of lovers. Such radical acts were viewed at the time as giving us a breakthrough revolutionary film surprisingly coming from Tito’s uptight Communist country (but it was banned upon its release and not shown there until some 16 years later, also leading to the filmmaker’s exile after being falsely labeled as an anti-Communist libertarian). The film’s only problem is that it has not dated that well. Makavejev filmed it in the States and Yugoslavia during 1968 and 1971, the peak period of the Sexual Revolution.

In its inimically subversive way it tells us that even a decapitation can’t stop the truth about the revolutionary nature derived from sex from being spoken by the dead person (Milena’s head is severed when her Lenin loverboy can’t handle an orgasm and goes bonkers, but she still talks up her radical Marxism). The filmmaker imaginatively borrows the dead talking head sequence from the enjoyable Z-horror film The Brain That Wouldn’t Die. Makavejev seems to share Reich’s optimistic belief that not only must everybody get liberated in their politics by participating in free-love but also must have good orgasms. The unusual playful film explores the relationship between politics and sexuality and how Communism lost its way after the October Revolution when it refused to accept free-love as a tenet; it also explores the life and work of Wilhelm Reich as an experimental psychologist who invented the Orgone Box (a simple box, looking like a cabinet, with organic material on the outside, a window and metal on the inside, where the user sits in it to get his/her libido juices flowing again and it can allegedly cure diseases like cancer–a claim that authorities came down hard on Reich to prove or else). Reich’s theory postulated there was an energy field derived from all humans that gave off sexual energy (which he called ‘Orgone energy’) and postulated that his Reichian therapy would liberate people sexually to help build a utopian society. There was also shown a few examples of Reichian breathing exercises to help get the juices flowing.

Reich was given the boot from the German Communist party in 1933 and became a refugee from Hitler’s Germany. After a brief stopover in Scandinavia the misunderstood ideologue came in 1934 to the States and eventually resided in rural Maine with his wife and a number of his followers, but the paranoiac small-town community thought he was not all there and he became labeled by government investigators as a dangerous quack leading a cult group that some thought was anti-American. After being persecuted by the authorities and put on trial, Reich was imprisoned in the mid-1950s for his theories and died in a federal prison in 1957. The U. S. government showed its fascist colors by using his trial as a reason for burning all his books in 1956 and 1960, including ‘Murder of Christ,’ ‘The Function of the Orgasm,’ ‘Character Analysis,’ and ‘The Mass Psychology of Fascism.’

It’s worth seeing because it gets one’s juices flowing whether buying into the martyred Reich’s theories or not. 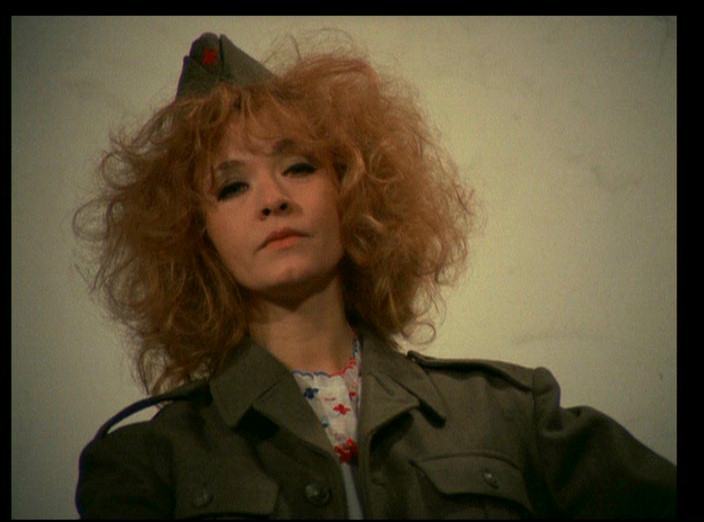