“The exciting B-Western is filled with plenty of action (chases, fights and shoot-outs) and fortunately only a few songs from the singing cowboy.”

The first of many Roy Rogers films to be produced and directed by Joseph Kane (“Sons of the Pioneers”/”Wall Street Cowboy”/”Frontier Pony Express”). It’s based on an original screenplay by Jack Natteford. The exciting B-Western is filled with plenty of action (chases, fights and shoot-outs) and fortunately only a few songs from the singing cowboy.

In 1900, Roy Rogers and a bunch of Rough Riders return to the States from action in Cuba and join en masse the Border Patrol in the Arizona Territory under the command of the blustery Captain Harrison. The lawmen are after the gang led by Arizona Jack Moray (William Pawley), who rob ranches, express offices and stagecoaches and then cross the border into Mexico where the American Border Patrol can’t go. The absentee mine owner’s runaway daughter, Dorothy Blair (Mary Hart), takes the stage to daddy’s Mexico mine to marry smarmy George Lanning (George Meeker). He manages the mine but is Arizona Jack’s silent partner. When Dorothy is kidnapped by Arizona Jack’s gang during a stagecoach robbery of a gold shipment, Roy and Rusty (Raymond Hatton) come to her rescue. Hatton is a goofy looking guy, later to be a Mesquiteer, who is around for comic relief.

In the climactic scene, Roy holds off the bad guys in a mine shaft until the Rough Rider contingent, not afraid to break the law for the cause, crosses the Mexican border to capture Arizona Jack’s gang. 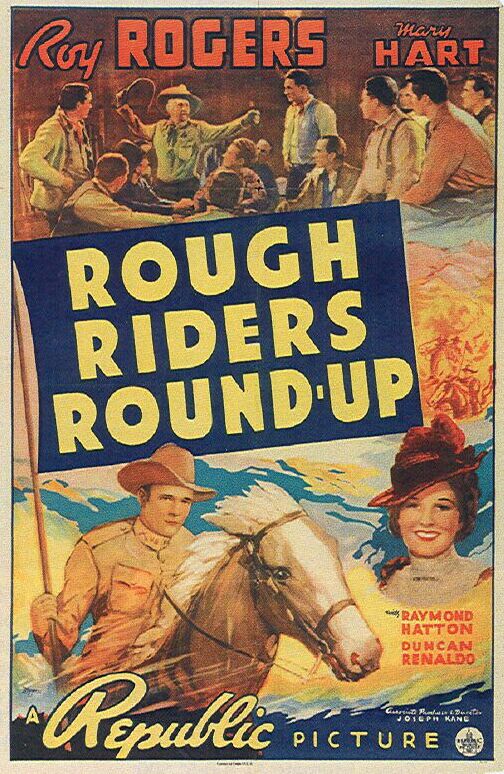