“A wonderfully bold political film that makes some invaluable assertions on feminist issues.”

The talented Toronto-based filmmaker Sarah Polley (“Take This Waltz”/”Away From Her”) presents a wonderfully bold political film that makes some invaluable assertions on feminist issues, as it brings Canadian author Miriam Toews’ acclaimed 2019 novel to the screen. Basically it implores people to listen to each other before becoming turned off or acting hostile.

The chatty women’s pic is set among 8 women huddling together in a hayloft (engaged in one extended long conversation) in a secluded religious colony in Bolivia. The story is taken from true tragic events that took place between 2005 and 2009, as it strikes a chord against antiquated patriarchal systems. It urges women to stick together to fight their male subjugation, despite their apparent differences.

The empowering story is set in a Mennonite colony, where the women learn of being drugged repeatedly with cow anesthetic and raped while unconscious by the men in their colony.

The colony women argue among themselves, without agreeing whether to stay and fight, flee, or do nothing. They worry what will be the result of their actions for themselves and their families, and if this protest will prevent them from getting to heaven. Their religious leaders have told them the men must be forgiven, no matter what.

These faith-based women have accepted as true these religious lies they have been subjected to all their lives.

The film has a foreboding dark screen look that fits the melancholy tone of its emotional story.

The ensemble cast all give sincere and moving performances. There are no star performances, even among the stars like Rooney Mara and Frances McDormand.

It premiered at the 2022 Telluride Film Festival. 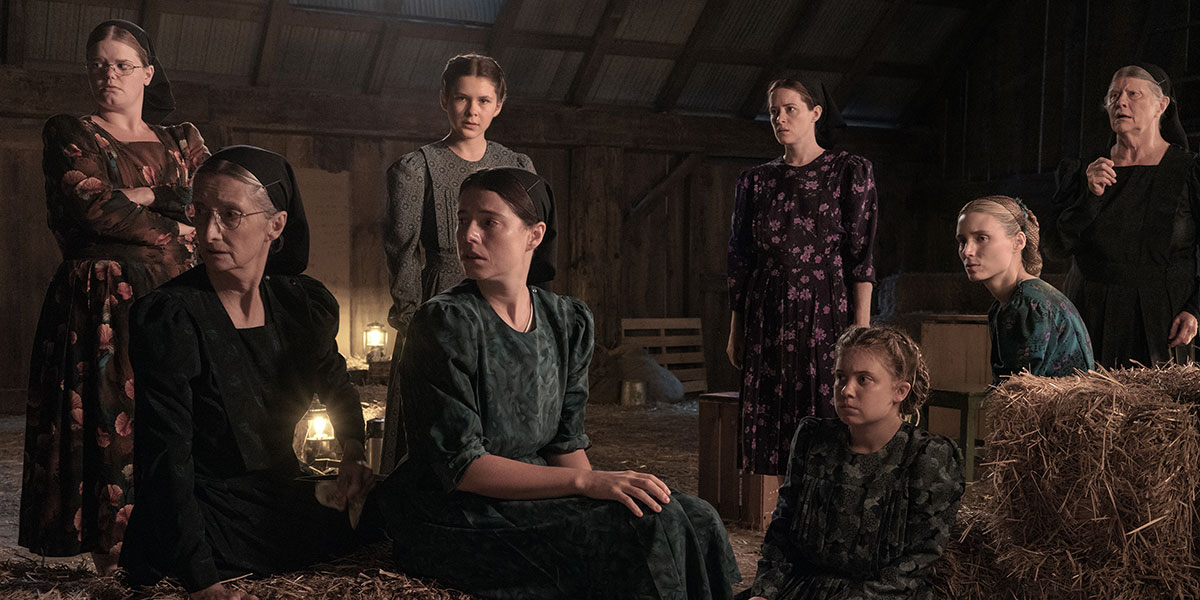 FOREST OF LOVE, THE

IDES OF MARCH, THE