Fox’s latest X-Men presentation, its sixth, is a solo outing with Wolverine (Hugh Jackman), the misfit of adamantium claws. It’s stylishly set in Japan and efficiently directed by eclectic filmmaker James Mangold(“Walk The Line”/”3:10 to Yuma“/”Identity”). Writers Mark Bomback and Scott Frank are inspired by the Chris Claremont and Frank Miller Marvel miniseries from the 1980s dealing with Wolverine’s adventures in Japan, as he fights like a samurai. This one has a brooding Wolverine suffering from daily nightmares and disturbing ghostly visions of the lover he had to kill, Jean (Famke Janssen), and trying to survive a life and death struggle after losing his superhero powers in modern Japan in a conflict with a powerful industrialist, the yakuza, a crooked politician, a mutant Viper (Svetlana Khodchenkova, Russian actress), venal corporate bosses and scores of ninjas. It moves along as fast as a speeding bullet train, too bad the journey wasn’t more pleasurable. The narrative promotes one spectacular fight scene after another to tell its power struggle story, until it loses its artistic grip in the third act with an overload of CGI and an unconvincing fight scene between a superhero and a man wearing a large suit of adamantium armor.

Wolverine, after seeking justice for a grizzly bear severely wounded by a soulless hunter, is escorted on a flight from the Yukon to Tokyo by the feisty reddish haired pixie Yukio (Rila Fukushima), who has been adopted into the dysfunctional family of the wealthy, elderly, dying industrialist Yashida (Hal Yamanouchi) and works for the patriarch. In flashback we witness the A-bomb dropped at Nagasaki during WWII and how the POW mutant had saved Yashida from radiationwhen he was a soldier. The creepy Yashida wishes to thank the mutant for the last time before dying and on his death bed proposes a swap that would allow the bereaved mutant to become mortal and reunite with his Jean while the industrialist obtains through transference the ageless mutant’s self-healing power and cursed immortal life.

The cartoonish pic goes into high-octane motion when Yashida dies and it’s learned within three days, at the reading of the will, that his sweet granddaughter Mariko (Tao Okamoto) will inherit his company and wealth and not his snarling son Lord Shingen (Hiroyuki Sanada). The pissed-off Shingen plots with the evil mutant Viper, Yashida’s nurse, to kidnap Mariko at the temple funeral with the aid of the yakuza to make sure he inherits his father’s fortune and not his daughter . Meanwhile the Viper weakens the granddaughter’s volunteer protector, the Wolverine, with some poisonous wire materials she implants in him.

While saving Mariko’s life from just about every rotten person in Tokyo who is after her and becoming romantically interested in the comely heiress, the superhero must fight yakuzas atop a speeding bullet train traveling at 300 mph, at a fortress fight scores of ninjas with arrows and finally overcome a surprise fighter in armor before he can hop on a plane and skip out of Japan.

A virile performance by Jackman, as usual, and some novel action sequences, ensures the wounded franchise will continue with a seventh. 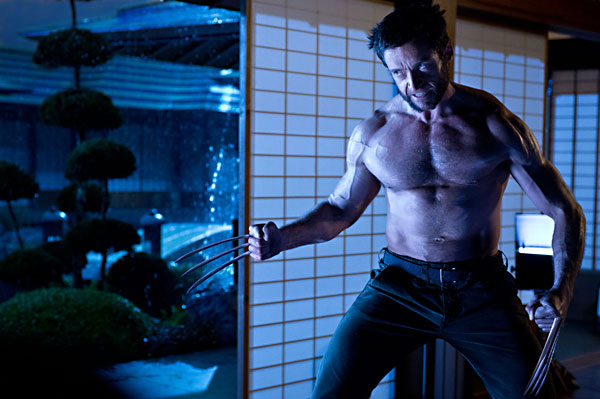 DUST BE MY DESTINY