“An absurd urban thriller, with no street cred.”

An absurd urban thriller, with no street cred. It’s directed without feeling or skill by the former MTV filmmaker Russell Mulcahy (“Razorback”/”Blue Ice”), and is poorly written by Steven E. de Souza from a story by Fred Dekker & Menno Meyjes.

The dumb action film wastes the talents of Denzel Washington in such a crappy film and also exploits John Lithgow’s penchant for playing psychopaths in such unpleasant nonsense. The psycho killer Blake (John Lithgow) is helped by the Aryan Brotherhood to escape from a parole hearing. The revenge-minded lunatic fakes his death and frames the rookie cop Nick Styles (Denzel Washington), now with a law degree and an assistant district attorney, as a heroin addict and pedophile. Nick humiliated the crazy man when he was arrested on live TV at an amusement park hit. Since imprisoned Blake has spent his days planning to get even with the Los Angeles cop.

Aside from being depressing, having a poorly written plot line, being moronic and acted in a leaden manner, the absurdities of the plot start adding up as Nick tries to redeem his name and catch the psychopath with the help of his childhood street friends led by a black drug lord named Odessa (Ice T). Even the action scenes suck big time. 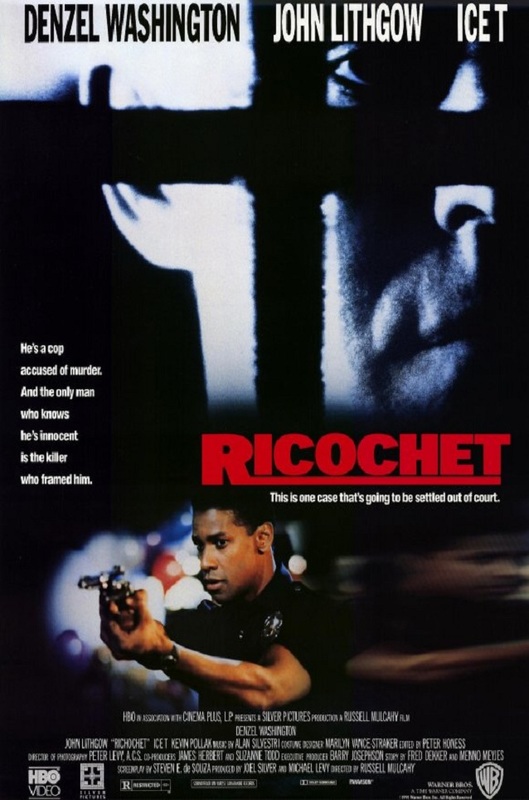