WHERE ARE THE CHILDREN?

An overwrought melodrama with a murky plot that’s weakly directed by Bruce Malmuth(“The Man Who Wasn’t There”/”Hard to Kill”/”Pentathlon“). It’s based on the best-seller by Mary Higgins Clark. The script is written by Jack Sholder.

San Francisco resident Jill Clayburgh’s two children Peter and Lisa are killed when kidnapped on her birthday. Jill is wrongly accused of killing them, but is nevertheless found guilty and sentenced to the gas chamber. But the conviction is overturned on a technicality. A retrial is not possible because a key witness (James Purcell) has left the country and her college professor husband has committed suicide. Seven years go by and Nancy has changed her identity and appearance and has relocated to Cape Cod, Massachusetts. She’s now happily married to a realtor (Max Gail) and has two kids (Harley Cross & Elisabeth Harnois). On her birthday, during a storm, a psycho (Frederic Forest), Jill’s former husband, kidnaps her kids and takes them to a scary old house. There he plans to kill them, but first feeds them milk and cookies and goes into rants about what bothers him.

Meanwhile Jill gets support from her her new hubby but is treated suspiciously by the police chief (Clifton James). The lovable eccentric local retired shrink (Barnard Hughes) offers his wisdom on the situation. After an hour of this dreary story, the police target the psychopath and pursue him.

The whodunit framework is poorly constructed. The villain psychopath is too goofy to make heads or tails out of. And, the movie could have used another director. Brian De Palma, the first choice, turned down the offer. 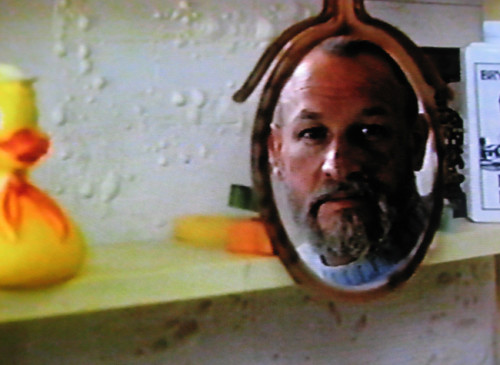 A TIME FOR DYING

KILLING OF SISTER GEORGE, THE