“I was left surprisingly satisfied at the emotional complexity the slight story packed.”

Steve Pink (“Hot Tub Timr Machine”/”Accepted”) directs a straightforward intimate drama about two relationships needing to be resolved. It’s written with a wink and a nod by Trent Atkinson.

Walker (Taylor Gray) is a sincere young man who wants desperately to save his rocky marriage, after six years. They married when both were 16.

To do so he rents a remote Airbnb cabin in the mountains to work out his problems with his seemingly mean-spirited and acerbic wife Albee (Amber Midthunder), who at times can be tender. Her literary name, the same as the one who wrote the bitter marriage drama “Who’s Afraid of Virginia Woolf?”, should give us an inkling of what we’re in store for.

The owner/host of the vacation spot is the pushy Carly (Bethany Anne Lind), who attempts to convey the illusion her place is conducive for reconciling couples. But Albee responds to her hospitality in her usual sarcastic way and the retreat seems like a waste of time.

The determined to succeed Carly takes Ben (Nelson Lee), her newly engaged ex-musician, to her other nearby home in the hopes the younger couple without anyone else around can work things out by themselves. But the older couple also finds some unexpected problems in their relationship they have to deal with.

In the final scene, the movies most compelling one, things are not wrapped up as expected and I was left surprisingly satisfied at the emotional complexity the slight story packed as it took off in a direction Hollywood rarely ventures in. 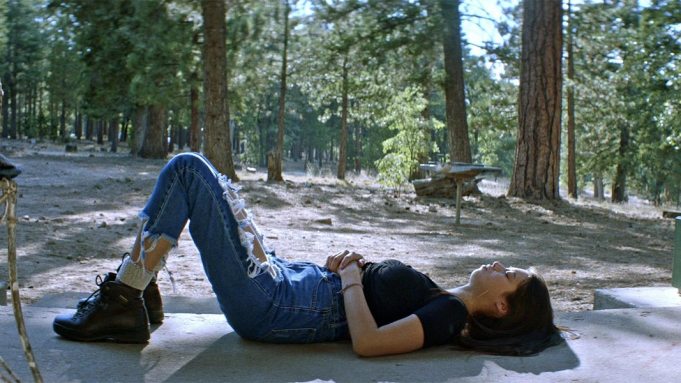 EDGE OF THE WORLD

CAN YOU KEEP A SECRET?