WHAT EVER HAPPENED TO AUNT ALICE?

Grim ladylike suspense story, that’s well-acted and has a well-conceived story that keeps you in suspense to the end. Director Leo H. Katzin (“The Salzburg Connection”/”World Gone Wild”/”Le Mans”), known mostly for TV work, does a fine job keeping the shocker on an even keel, dishing out equal portions of black humor and gory chills. Theodore Apstein adapts it to the screen from the 1963 novel Forbidden Games by Ursula Curtiss.

Claire Marrable’s (Geraldine Page) husband dies and leaves her with liabilities instead of assets, as only hubby’s childhood stamp collection and worthless briefcase contents are assets. The impoverished and embittered Claire relocates to Tucson, Arizona, and befriends her womanizing stockbroker nephew George Lawson (Peter Brandon). He’s married to the flirty Julia (Joan Huntington). Living on a small ranch, in the remote desert, the evil widow hires housekeepers and humiliates them and then kills them so she could get their life savings. After killing and burying her latest companion maid, the meek Edna Tinsley (Mildred Dunnock), the widow Alice Dimmock (Ruth Gordon), a friend of Tinsley’s, poses as a maid seeking work and is hired by the arrogant Marrable. Alice expects foul-play in the disappearance, since it’s unlike Tinsley to just vanish without notifying someone where she is, and hopes to get proof of Marrable’s foul deeds while living with her. Alice feels guilty because Tinsley last worked for her and only left because of a minor spat, that has since been ironed out.

It turns into a cat-and-mouse psychological game between the forces of good versus the forces of evil. Alice receives investigation help from her Phoenix nephew, the hunky racing car builder Mike Darrah (Robert Fuller), who manages to date the gorgeous recent young widow Harriet Vaughn (Rosemary Forsyth). The nice-girl beauty rents the cottage next door to Marrable. Harriet wishes to get away for the time being from her former married-life eastern party scene and also hopes the Arizona dry climate can help her young nephew (Michael Barbera) get relief fot his asthma.

The third act has arson, drugged vics, a catfight between the elderly companions, a vic drowned in a car that’s pushed into a lake and a clever twisty ending. It’s not groundbreaking as was producer Robert Aldrich’s What Ever Happened to Baby Jane?, in 1962, but, for me, a bit more enjoyable. 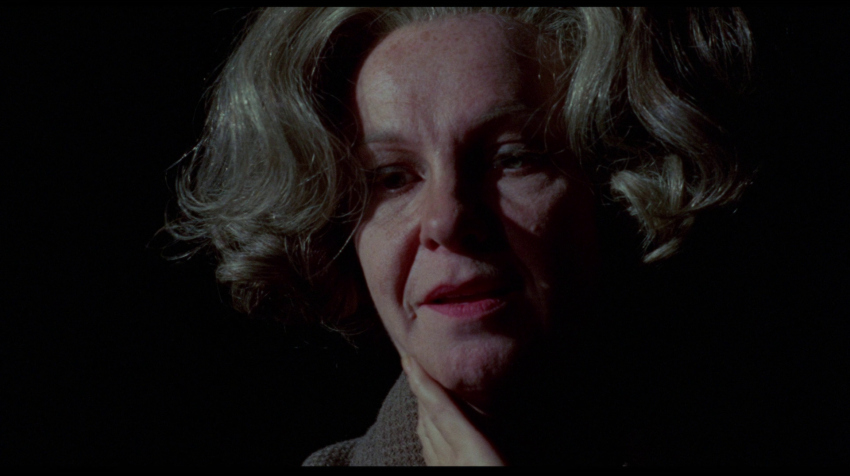