“The downbeat sports drama is a marvelous understated character study of the marginalized leading desperate lives.”

This is one of John Huston’s (“Wise Blood”) best films; it’s based on the book by Leonard Gardner, who also does the screenplay. It’s a powerful, gut-wrenching character study of a disillusioned 29-year-old boxer Bill Tully (Stacy Keach) on his way down and an amiable up-and-coming 18-year-old boxer named Ernie Munger (Jeff Bridges). They first cross paths sparring in a Stockton, California, Y.M.C.A., where the veteran boxer, an alcoholic currently working as a farm laborer, hooks his new acquaintance up with his former manager and gym owner Ruben (Nicholas Colasanto).

Tully quit fighting over a year ago after his wife dumped him and he lost a fight in Panama to become a full-time bum, and drowns his sorrows in the local watering hole. In this skids row bar he meets another juice-head, Oma (Susan Tyrrell), an embittered woman with a wide range of emotional problems, who is shacking up with the jealous African-American Earl. When Earl spends a night in the slammer for belting a wise guy making a remark about the interracial couple, Tully moves in with Oma. Still working in the fields, which he says is almost as good as training, Tully once again sees Ruben and resumes his boxing career.

At the same time Ernie turns pro, his pregnant girlfriend Faye (Candy Clark) traps the not so bright nice guy into marrying her. The clean-cut Ernie seems to be on the same losing trajectory as Tully, even though he’s a family man, doesn’t drink, trains regularly, and has good boxing skills. The two men have a brief relationship and make there way around a squalid city still dreaming that they can become a “somebody.” The feeling one comes away with is that neither will realize their dreams but there’s some hope that the more open-minded and less self-absorbed Ernie will escape Tully’s fate to spend the rest of his life with second-rate managers, hanging out in dinghy gyms and bars, and acting with self-pity over his disappointments.

In the film’s sad climax, Tully scores a victory in his comeback over another stumblebum veteran fighter; but, at the end of the day receives only a hundred dollars and a lot of bruises for his sweat and blood. Tully plays Brando’s part in On The Waterfront,” where he all but gives the speech “I coulda been a contenda.”

The downbeat sports drama is a marvelous understated character study of the marginalized leading desperate lives, where they have left themselves no palpable way out. The stunning photography by Conrad Hall keeps things looking realistic. 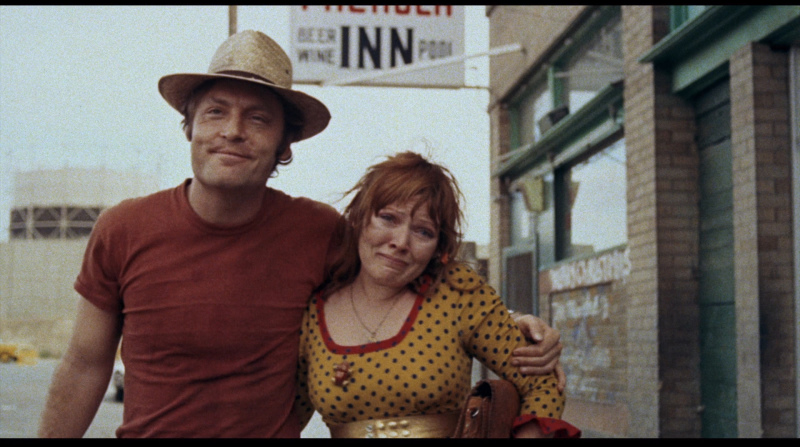