“It is nature against progress. In Fessenden’s horror trilogy, this theme has proved important to him and is especially so in the finale.”

This is indie director Larry Fessenden’s third philosophical horror film with loosely the same theme after “No Telling (91)” and “Habit (97).” He’s concerned with the past — its archetypes and myths, traditions and lore — as compared to modern man’s technological materialism and his empty concerns about accumulating wealth. It is nature against progress. In Fessenden’s horror trilogy, this theme has proved important to him and is especially so in the finale. Here he tells this mythic scary bedtime story through the eyes of a wide-eyed child who is shocked for the first time by the violence he sees in the world and fears his parents can’t protect him. He’s the only one who has the ability to see an Indian elder tell him the tale about the angry Native American spirit Wendigo — a legendary warning to the white settlers who murdered the Indians and stole his land.

The nuclear McClaren family — Kim (Patricia Clarkson), a successful psychotherapist; George (Jake Weber), a workaholic commercial photographer; and Miles (Erik Per Sullivan), the thirty-something couple’s 8-year-old son — are driving up in their blue yuppie Volvo station wagon from Manhattan to spend a winter weekend at a quaint Catskill farmhouse a city friend is letting them use. They are here so that George can bond with his son and spend some quality time with him. Just as they approach the property on a snow covered back road, a wounded buck leaps out of the woods and smashes into the front of their car. This accident leads to an encounter with an angry and unreasonable hunter, Otis (John Sperednakis), who claims the antlers from the buck were destroyed by the car and that the city people are responsible for reducing the value of his buck. He’s with two other hunters who offer no threat but do nothing to stop Otis from harassing the couple and insulting the city man’s manhood, as his son watches in disbelief as his old man cringes in fear when Otis points his rifle at him. Otis will thereon turn their getaway winter vacation into an unforgettable nightmare, as the film plays with the theme of the macho nature loving countryman as compared to the soft materialistic minded city man.

The family’s first night in the dark house is scary, as Miles is too scared to sleep as he hears noises and imagines he sees things. Miles needs his mom to check out the room for strange visitors before he retires. George is concerned about a broken window and a fresh bullet hole in the wall. But he alleviates his and Miles’ fear by pretending to be a monster as he gleefully hops around in the dark trying to frighten the child with his prank so the kid will see how silly his fears are. Kim relieves her husband’s anxiety that night from the day’s hellish experience by sexually arousing him and restoring any psychological feeling he might have that he lost his manhood over the deer incident.

When the family goes to town the next morning for supplies, they stop at the general store which is filled with toy guns and hunting equipment. The Indian behind the counter tells Miles about the Wendigo legend and offers him a replica figure of it carved from an antler. This object gives the boy a chance to control its destructive powers. But since only the child can see the Indian he alone can also see the Wendigo spirit, which takes the form of a tree as it begins to gain momentum and force. From here on events move swiftly into the supernatural as Otis proves to be a bad spirit, not unlike Wendigo. He was raised and then cheated out of the house the McClarens are staying at and is taking out his bitter revenge against the visiting family.

As the tension mounts and the film builds to its gloomy conclusion, George’s rational and materialistic lifestyle can’t save him from the spirit’s wrath (George’s death signals that materialism can’t overcome the spiritual forces of nature). The Wolfman legend becomes the basis for this fairy tale of family tension, class divisions and nature’s backlash. This cogent and intelligent psychological horror tale is always scary because its horror is mainly suggestive and the observant quiet child projects those primal fears onto the audience. His fears become ours. The ordinary events are the scariest, as the snow covered Upstate woods is even scarier than when the hand-held camera shakes and the landscape comes alive warning us of the presence of the angry spirit being. Because the film is so grounded in realism, when the spirit takes over it seems possible that it also can be real.

It’s a beautifully photographed film. A film that reflects the eerie emptiness there is in life and the chills that are projected from the darkness. Miles offers the only hope for the future since he can visualize things other adults can’t, and the lesson to be learned is that the child in us must carry these visions into the adult world and not rely on technology to save him and the world. 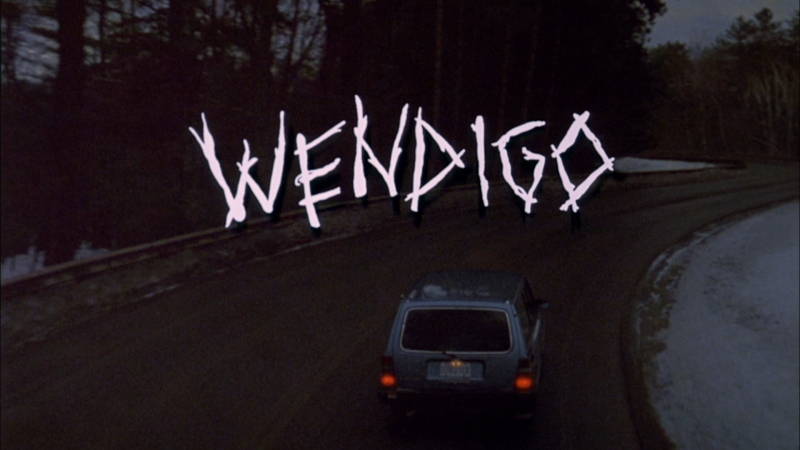