A talky farcical comedy about the scary proposal of marriage, using ad libs taped after the filming in the hopes of gaining spontaneity. The low-budget b/w film, weighing in at a budget of $43,000, is directed and written by the youthful trio of Brian De Palma(“Greetings”/”Sisters”/”The Fury”), Cynthia Munroe (Brian’s fellow college student) and Wilford Leach (Brian’s teacher). It leaves little to celebrate, and the slight comedy seems more forced than natural. This was De Palma’s first credit as a director. The forgettable pic also presented the acting debuts of Jill Clayburgh and Robert De Niro (both performances were far from good). It was filmed on Shelter Island, New York. The unknown cast included professional actors and Sarah Lawrence College workshop students. It lays there like a less flashy The Graduate (1967).

Charles Pflugar arrives by ferry at the Long Island estate of his expected bride (Jill Clayburgh) with his best friends William Finley and Robert De Niro. After meeting Jill’s boorish family he gets cold feet about marriage and tries haplessly to get out of it.

Only for De Palma completists and avowed bachelors, and those into bad films that have some strange vibes going for it. 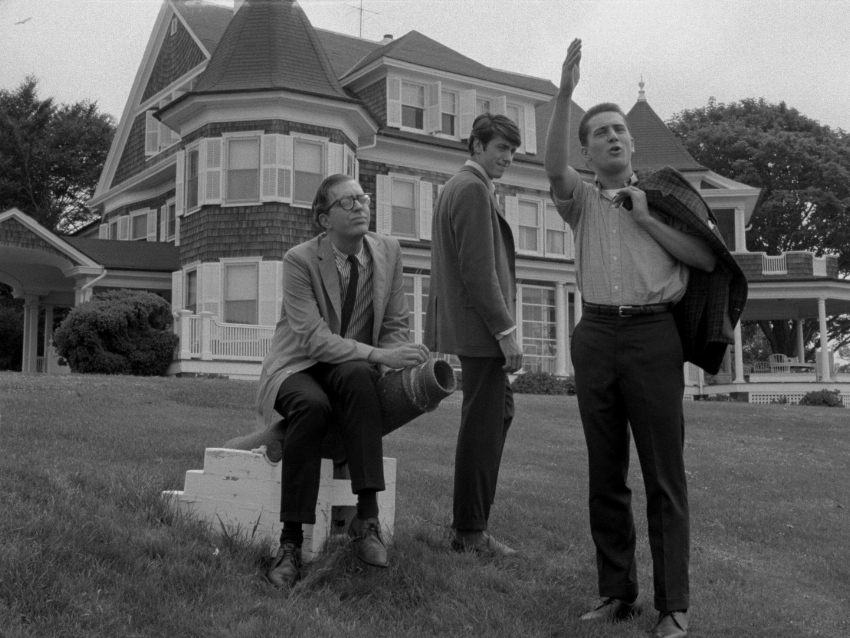