“Aside from wanting to see Ginger Rogers before she became a star, I see no other reason for catching this misfire.“

It should be renamed No Chance At Heaven. William Seiter (“Lover Come Back”/”Borderline”) directs this dull romantic comedy. It’s based on the magazine story of by Vina Delmar, which was published in Liberty magazine’s April 9, 1932 edition. It’s wearily written by Sarah Y. Mason and Julian Josephson as a car ride to nowhere melodrama. Aside from wanting to see Ginger Rogers before she became a star, I see no other reason for catching this misfire.

In the sleepy resort town of Silver Beach, Massachusetts, the ambitious gas station owner Blacky (Joel McCrea) is engaged to sweet girl Marje (Ginger Rogers) after two years dating. Glory (Marian Nixon), a rich and glamorous society woman moves to town, and falls for Blacky after filling up her car with gas. Marje refuses to compete and steps aside, as Blacky moves to the big city to wed the spoiled heiress. Over time, their marriage breaks up due to Glory’s scheming mom (Virginia Hammond) and Marje finally gets her man when he returns to his hometown. Andy Devine turns up as McCrea’s dim-witted buddy, and is good for some comic relief.

The harmless domestic tangle could have been much worse if the stars weren’t able to make the most of such mush. 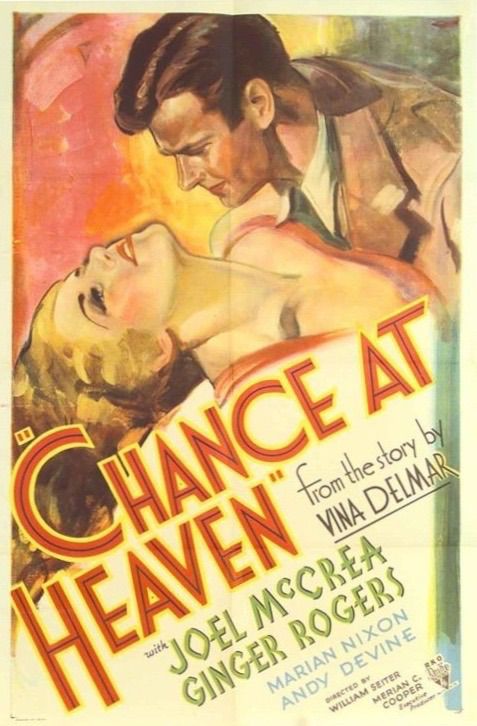