“Clarke’s memorable performance leaves us touched by her courage, pride and vulnerability.”

James Whale (“Frankenstein”/”The Road Back”) directs this pre-Code classy war drama that’s based on the play by Robert E. Sherwood and written by Benn W. Levy and Tom Reed. It has been made three times, the remake in 1940 by Mervyn LeRoy and starring Vivian Leigh was considerably sweetened and was not as powerful as Whale’s version. Mae Clark is excellent, in a better role than her most notorious one that saw her being hit with a grapefruit in the face by James Cagney in The Public Enemy (1931).

Myra Deauville (Mae Clarke) is a foxy American chorus girl who’s unemployed in London when her show closes on New Year’s Eve, after she’s received a fox stole from a stagedoor Johnny. A few years go by and she’s still not working at the start of World War I, and is forced to survive as a street prostitute. Working Waterloo Bridge during an air raid, she meets Roy Cronin (Kent Douglass), a naive 19-year-old American who has joined the Royal Canadian forces as a private. They return to her dumpy apartment and she refuses his gift of money to pay her overdue rent after they have a friendly chat; he’s unaware that she’s a whore and invites her to his family’s nearby country estate, which she refuses. But the next day he tricks her into going there and she meets his wealthy stepfather, Major Wetherby (Frederick Kerr), his regal American mother (Enid Bennett) and sister Janet (Bette Davis, her third picture before switching to Warner Brothers and bigger roles). After Roy proposes, Myra tells his mother she’s a whore and leaves without telling Roy. He’s about to be shipped to the front in France and comes to her flat, where her busybody landlady (Ethel Griffies) lets on that she’s a prostitute and he pays her back rent. Roy still wants to marry her and catches up with her at the Waterloo Bridge and begs her to marry him, and won’t get on the truck of departing soldiers picking him up before she agrees and they seal it with a kiss. When he departs Myra is left alone on the bridge as an air raid starts due to an attacking zeppelin; and as she runs for shelter, she’s killed by an exploding bomb.

Mae Clarke plays her tormented character as one who’s embittered but still capable of having some hope. She’s neither a kind person like Roy’s mother thinks nor trash like she thinks of herself, but someone who ran into bad luck all her life and never quite knew how to deal with it. Clarke’s memorable performance leaves us touched by her courage, pride and vulnerability. A very moving oddball romantic melodrama, that Whale took away its staginess (the play received poor reviews and closed shortly after it opened) by making it cinematic and improving the dialogue.

Sherwood’s play was based on an incident in his own life. He had joined the Canadian forces during the war, and during a London air raid in 1918, he had briefly had a fling with an American chorus girl who turned out to be a streetwalker. Carl Laemmle, Jr., the son of the studio’s founder, was in charge of putting on prestigious productions for Universal, and hired Whale after being impressed with his first film Journey’s End (1930). Whale completed the low-budget film $50,000 under budget ($252,000 budget) in 26-days and the film received rave reviews, even the playwright said Whale improved it. This led to Whale directing Frankenstein for Universal. 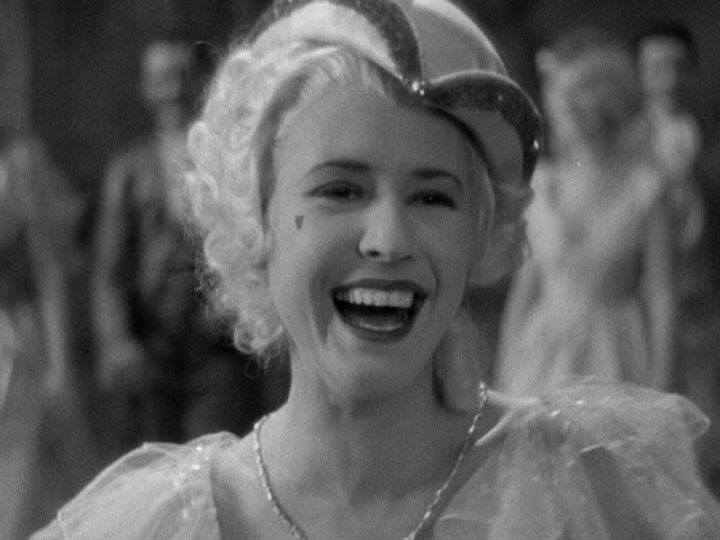