“It does justice to the genre.”

The American Julia (Maika Monroe) accompanies her Romanian speaking businessman husband Francis (Karl Glusman) to Bucharest, who gets a job promotion. She doesn’t speak the language and doesn’t know a soul there.

Paranoia gets a hold of her, as after a few days she thinks she’s being watched from a window across from her apartment by a suspicious neighbor. Hubby shrugs it off, as just her imagination running wild.

In the news there’s a story about a serial killer of women named The Spider, who is running loose in the city.

Hubby veers between being supportive and more married to his job than to her (he works long hours into the night, leaving her anxious, alone and insecure in the foreign country and its ominous looking streets).

A few set pieces indicate she is likely being followed.

The diverting Hitchcock-like tale never reaches the Master’s heights, but it’s well-crafted, suspenseful and well-acted by the star. It does justice to the genre.

It played at the Sundance Festival. 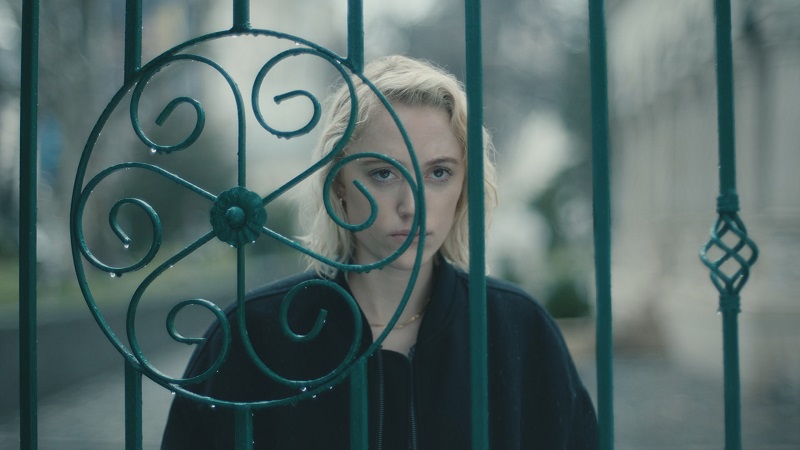 BEAST WITH FIVE FINGERS, THE