“A film Bogart would like to forget, as he’s saddled with a bad Mexican accent portraying a bandit.”

Michael Curtiz’s Virginia City is a follow-up to the successful 1939 western Dodge City, but it falls short of having the same impact even though it’s made by virtually the same team. It’s certainly a film Bogart would like to forget, as he’s saddled with a bad Mexican accent portraying a bandit. The stars seem not pleased to be in the pic, they seem not to be convinced by the script and the way Curtiz was directing.

Captain Kerry Bradford (Errol Flynn), along with his two comical sidekicks “Moose” (Alan Hale) and Marblehead (Guinn “Big Boy” Williams), escape from a Confederate prison during the Civil War run by Captain Vance Irby (Randolph Scott). Bradford talks General Meade into sending them as undercover spies to Virginia City, Nevada, where the Comstock Mines are located. Bradford suspects the few southerners living there, where there’s a Union garrison stationed, are planning to take a large shipment of gold back to the South which will prolong the war.

Julia Hayne (Miriam Hopkins) is a dance hall singer and undercover spy working for the Confederacy, who Bradford falls in love with. Irby is in charge of the smuggling operation, and uses Julia to trap Bradford so he’s out of the picture when the southerners transport the gold. But Bradford escapes and warns Major Drewery and he blockades the city. Irby then gives outlaw Murrell (Humphrey Bogart) $10,000 to create a diversion so they can escape the blockade, which works. Eventually sworn enemies Bradford and Irby team up on the road South to prevent Murrell from stealing the gold, as Bradford becomes convinced the gold is to be used after the war to help rebuild the South. It leaves us with the message that the country will be unified after the war, if enemies can learn to forget their differences. 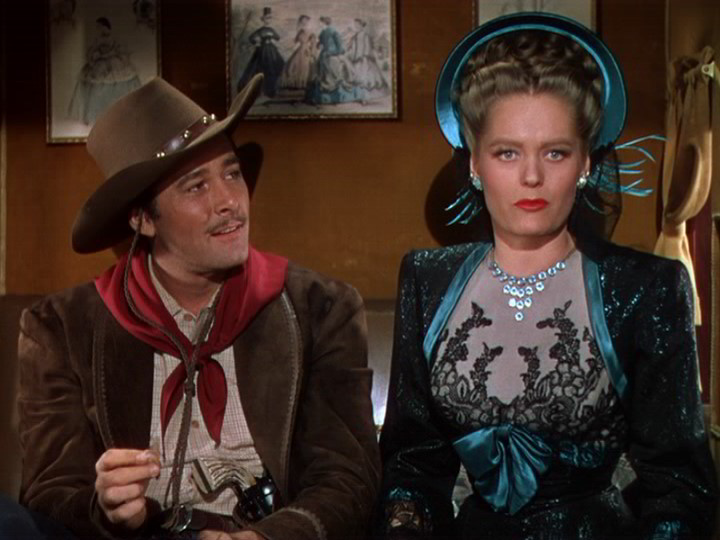