“Shows us the artist’s greatness by allowing it to be self-apparent without lecturing us.”

Though a conventional film, according to Altman standards, it’s intriguing because of its insights into Van Gogh’s trip to be a painter no matter the cost. Altman depicts in all its physicality the warts of both brothers, the symbiotic relationship of the brothers and how obsessed the painter was with improving his craft, trying to stave off loneliness and mental illness, and going on with his chosen vocation despite public rejection. Tim Roth successfully inhabits the moody artist’s heroic quest with an intense performance and Paul Rhys is superb as the twitchy timid brother, pictured as being just as unhappy as his living on the edge artist brother. The pic also points out the shaky arrangement between art and finance.

Jean Lepine’ lush photography makes the pic look like a work of art, while Gabriel Yared’ vexing score finely underscores the underlying testy dynamics of living only for art. 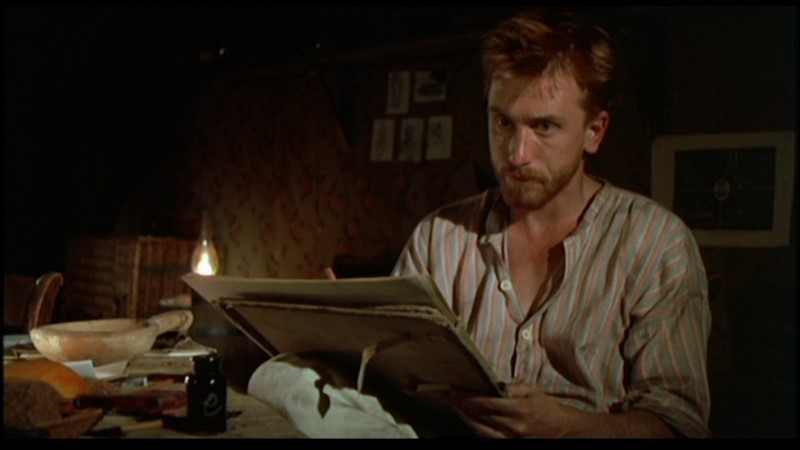