VINCENT, FRANCOIS, PAUL AND THE OTHERS

“A compelling slice of life drama in Gallic humanism.”

Claude Sautet (“Cesar & Rosalie”/”Mado”/”A Simple Story”) directs acompelling slice of life drama in Gallic humanism, that covers all kinds of personal woes for long-time pals. The film won the Jean Cocteau Prize in 1974. It’s based on the novel “La Grande Marrade” by Claude Neron and is written by Jean-Loup Dabadie, whose theme could be from the Beatle’s lyrics ‘that all it takes to get by is a little help from my friends.’ It ends with the three friends, after their adventures, seemingly nodding in agreement that ‘you never know the way life is.’

Sundays are reserved for the get together of three close Parisian middle-aged friends at the country house of struggling novelist writer Paul (Serge Reggiani) and his loyal wife Julia (Antonella Lualdi), where dinner is served and the families playfully frolic in the yard. The two other friends are, the separated for the last two years, machine-shop owner, Vincent (Yves Montand), and the successful doctor, Francois (Michel Piccoli), and his unfaithful wife Lucie (Marie Dubois) and their two children. The film mainly keys in on the money problems of Vincent, who is in danger of losing the business because of debt due to heavy mortgages to buy new machinery and who still loves Catherine (Stephane Audran), whom he evidently hurt greatly, as she’s now asking for a divorce and planning to leave the country. Meanwhile Vincent’s latest fling the twenty-something Marie (Ludmila Mikaël), dumps him to pursue younger suitors.

The storyline deals with the trios mid-life crisis and how they become emotionally dependent on each other to deal with the difficult period each faces. It has a keen insight into what the Parisian middle-class is all about, and the performances are all impeccable. Its problem is all the angst over the fear of loss might appear profound but it results in superficial solutions, that make the dramatics less compelling when you have time to think about it after being swayed by such great but diverting performances.

The funniest line was when one of the mommies at Paul’s house dinner looks at a child’s drawing and tells her that’s a nice looking boat and the kid replies that’s the schoolhouse. 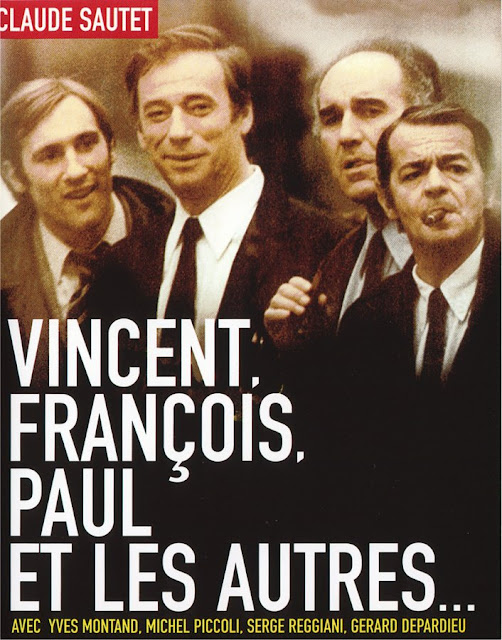 WHAT WE DO IN THE SHADOWS