A forgettable but entertaining lightweight routine action film directed and written with unabashed silliness by George Armitage (“Grosse Pointe Blank”/”The Big Bounce”). Its murky narrative blends together a Western and a war drama, one that revels in male bonding, retelling of the Bible tale of Cain and Abel, and offering some awkward filmmaking moments. Lawless oil-field workers have made life unbearable for a small California mountain boom town. The respected Ben Arnold (Jan-Michael Vincent), a tractor mechanic, is asked by the compromised Mayor (Brad Dexter) and the overwhelmed sheriff (Judson Pratt) to recruit his older brother Aaron (Kris Kristofferson), the town’s outcast, a Vietnam veteran, to help. He brings about law and order with his bad- ass pals from the war. In the aftermath, Ben must curb the thirst for power by the enforcers, who begin a protection racket by shaking down the local merchants. The film offers a dubious caveat against relying on a vigilante force to maintain law and order. Bernadette Peters plays a hard-luck bar singer, who hooks up with Kristofferson. Victoria Principal does little but look attractive playing Vincent’s girlfriend. 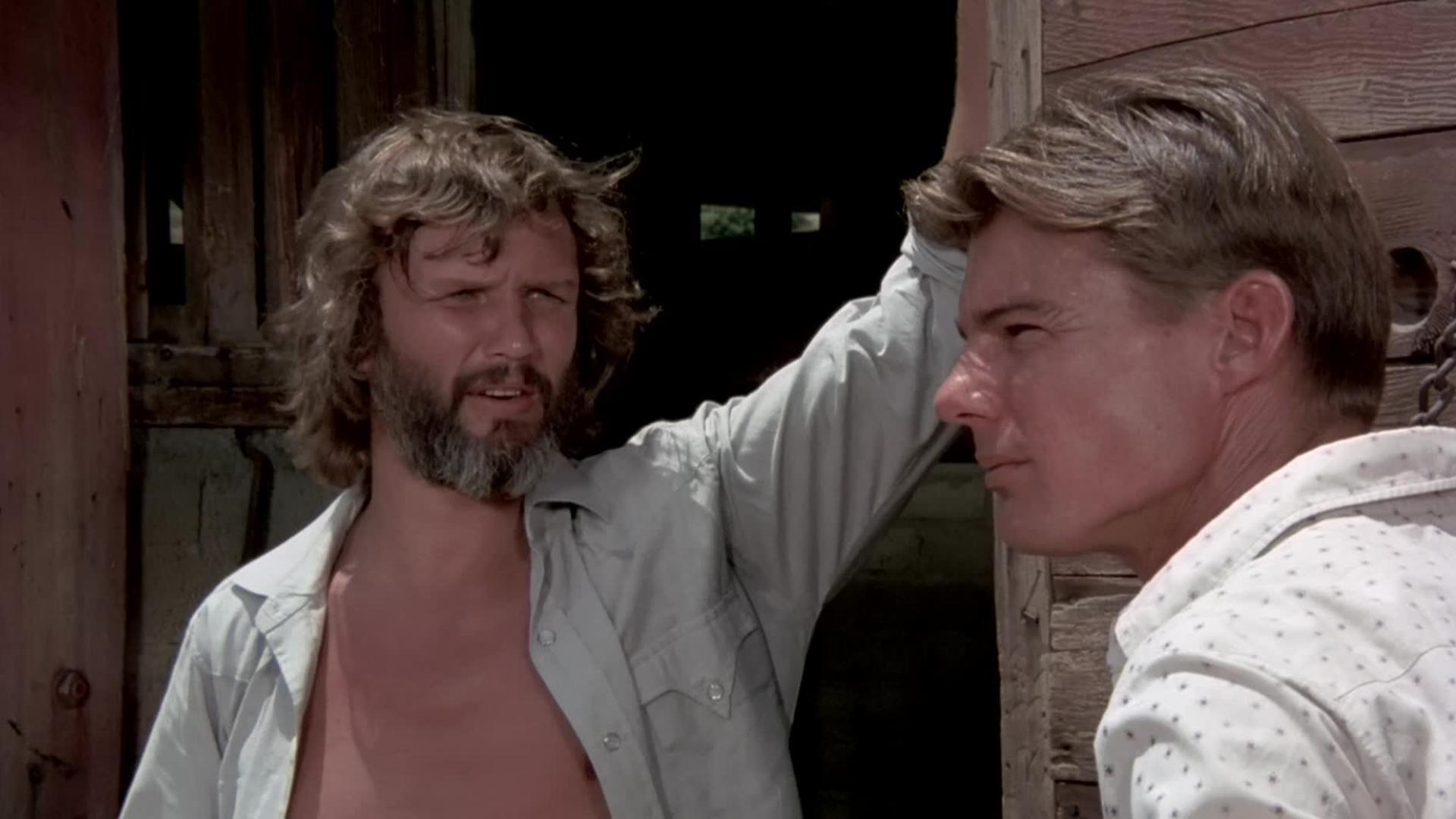