VERMONT IS FOR LOVERS

“It never quite won me over despite its attempt to be easy going, quirky and filled with colorful authentic local characters.”

Writer-director John O’Brien’s (his family runs a sheep farm near Tunbridge, Vt.) homespun indie low-budget comedy gives its spin on life in contemporary Vermont. It celebrates the no-nonsense old-timers whose charming way of life is all but becoming extinct and contrasts them with the brusque modern flatlanders who have invaded Vermont and changed the way of life. Due to its contrivances and not too funny droll sense of country bumpkin humor, it never quite won me over despite its attempt to be easy going, quirky and filled with colorful authentic local characters. It’s shot in a documentary style, even though it’s a fictional tale; much of it is improvised. It takes a stab at cinema-verite filmmaking that uses jump cuts and zooms, but only the pretty lush summery landscape scenery and the many sheep filmed come out looking unblemished.

Two twentysomething city slickers from New York City, the architect George and Marya (Marya Cohn), drive to rural Vermont where they plan to get married on a Vermont farm owned by the girl’s aunt Anne O’Brien. They seem to have second thoughts about the marriage after talking with the justice of peace, Euclid Farnham, as they wonder if they are really compatible after always arguing and having different values. To find answers about what to do, they separately go about questioning the locals to learn what makes a good marriage.

It was hard to warm up to the city slickers who appeared to be overly self-conscious in their roles, with George being overbearing and Marya trying too hard to be a good sort. If their roles were meant to be comic, that never emerged. The locals all seemed to be nice folks, but what they had to say wasn’t particularly witty or left much of an impression on me. Though the film was pleasant, nothing much happens and it never seemed to be more than a home movie. 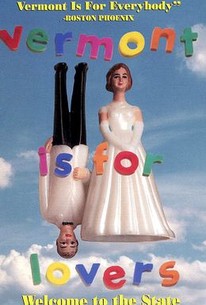