VALERIAN AND THE CITY OF A THOUSAND PLANETS

“It’s the kind of film you can go all in with its flow and love it, or roll your eyes by how bloated it is and hate it.”

Luc Besson (“The Fifth Element”/”La Femme Nikita“) is the writer-director of this $200 million budget visually dazzling futuristic sci-fi film based on the 1967 French comic book series Valerian and Laureline by the graphic artists Pierre Christin and Jean-Claude Meziers. It’s a goofy film by a risk-taking filmmaker, whose tale is about inter-galactic warfare that navigates through a galling script about what victory in war might not tell us about the war. Though uneven and messy, it’s a creative humanistic film and a mind-blowing hallucinogenic watch. Those rewarding aspects may override all its faults. It reminds one of the early Star Wars films, as it keeps the same moral compass and ditzy fun sequences. “Valerian” is set in the 28th centuries, where in the diverse titled city of Alpha (the city of a thousand planets) there’s detected a radiation problem at its core that concerns the world ‘federation’ of humans. Mind control, teleportation, and virtual reality are part of daily life, and exotic aliens naturally mix with humans (though humans are not allowed in certain places). Its opening scene is of a ceremony whereby members of different galaxies greet each other in peace. Our heroes are the cocky Major Valerian (Dane Dehaan) and his playful driver partner Sergeant Laureline (Cara Delevingne, former model), a pair of young, romantic, flirtatious federal cops working at a inter-galactic space station. They are in a cutesy, old-fashioned, bantering relationship, where he wants her to be another conquests and she wants a commitment to love. He keeps asking to marry her and she keeps rejecting him in a cheeky way. While resting at a beach, waiting for orders from the Defense Minister (Herbie Hancock), a deceased princess (Sasha Luss) of an endangered race of 6 million ash colored sylphs, whose skin has a turquoise shine, has entered the dreams of Valerian, and she tells him of her serene homeland that was mistakenly bombed by humans in their war. When ordered to rescue on Alpha his Commander (Clive Owen), who has been kidnapped by the Sylphs but not harmed, we learn that the Sylphs are trying to recover a converter needed for their planet Mül’s restoration. The converter is a pet armadillo who can poop out pearls they need for survival. These pearls will restore their paradise that they abandoned during the war and have since floated in space until landing in Alpha. We learn that the commander is also after the converter for undisclosed reasons. Besides chases and rescues, we take in stops at the Big Market, a tourist place with thousands of vendors that exists in an alternate dimension; a red light district — where pop star Rihanna plays a shape-shifter exotic dancer, and Ethan Hawke plays her pimp. They hang out in a part of Alpha where humans are forbidden, and where a hungry giant creature rules. To enter the premise, the pair must find ways to secure alien costumes since humans are not allowed entry.For novelty sightings we observe duck-billed triplet creatures who sell information, butterflies that are dangerous to touch, mind-reading jellyfish and bizarre life forms. Though it ends with a hokey ‘love’ over all else matters diatribe from Laureline, that seems too juvenile to swallow, the trips into the future are eye-popping and filled with too many delightful special effects to take in on one sitting. While the race to save the universe is less enlightening and more or less strident storytelling, there’s something here in this child-like adventure story that hits the mark even if not seeming to hit the mark. It’s the kind of film you can go all in with its flow and love it, or roll your eyes by how bloated it is and hate it. 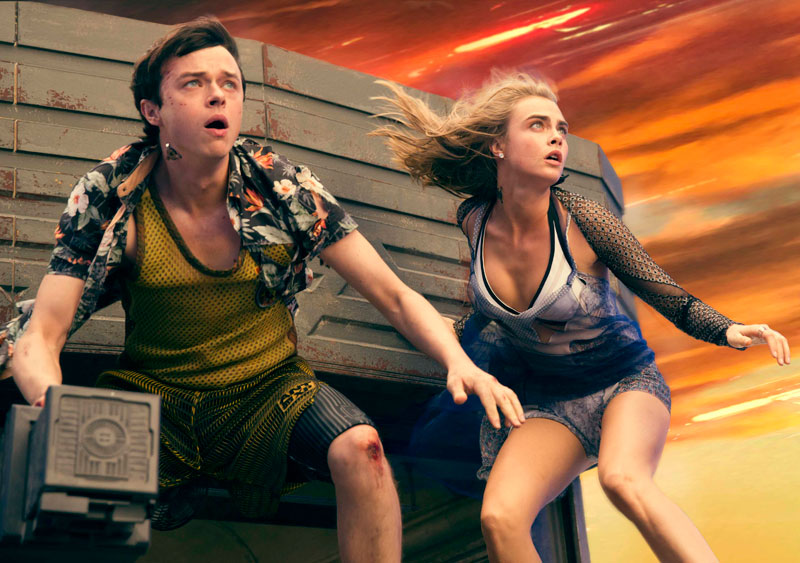 CULT OF THE COBRA