“A well-crafted police procedural written and directed by the Icelandic director Baltasar Kormakur.”

A well-crafted police procedural written and directed by the Icelandic director Baltasar Kormakur(“The Deep”/”Everest”/”100 Reykjavik“). It’s based on the 2000 novel Tainted Blood by the Icelandic writer Arnaldur Indridason.

It follows the middle-aged weary cop Erlendur (Ingvar E. Sigurdsson) trying to link the mysterious 1974 death of a little girl to the recent murder of a reclusive lowlife thug.

Orn (Atli Rafn Sigurdarson) is a dad still distraught at the death of his daughter, who hacks a national genetics database to help in the investigation. Meanwhile Erlendur tracks down leads with fellow investigators Oli (Bjorn Hylnur Haraldsson) and Elinborg (Olafia Hronn Jonsdottir). On a personal level the cop wrestles with the drug addiction of his pregnant unmarried daughter (Agusta Eva Erlendsdottir).

It depicts how senseless, stressful and messy are most crimes, and that it’s not necessarily action heroics that get the perps but good old-fashioned police leg work, persistence and dedication.

The surprisingly haunting crime drama, not as simple as first thought, makes for a satisfactory watch, and that it takes place in the rarely seen in film Iceland makes it all the more interesting. 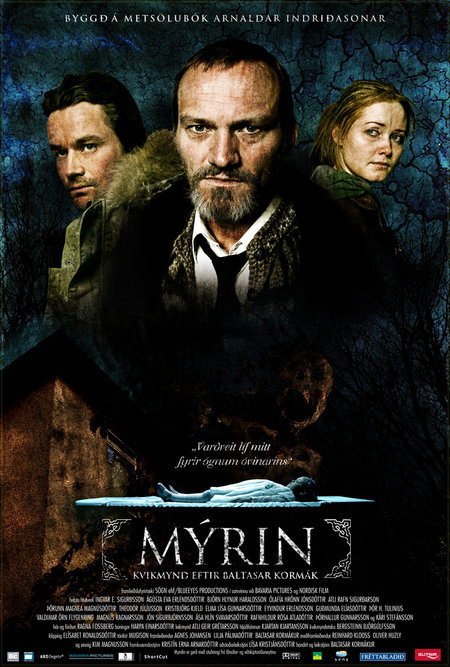