Delirious biopic on the legendary silent screen star Rudolph Valentino (Rudolf Nureyev, Russian ballet dancer), the Italian immigrant from humble beginnings whose meteoric rise to fame as the iconic Hollywood silent star and the most famous Latin lover of his day came crashing down with the 31-year-old’s death in 1926 from a ruptured appendix incurred in a boxing match fought to protect his manly rep. In flamboyant Brit filmmaker Ken Russell’s (“Mahler”/”Tommy”/”The Devils”) hands, it gets his usual excessive treatment. Though not informative or insightful or accurate, it’s nevertheless an enjoyable romp into Rudy’s head, his broads and the silent film period. It’s co-written by Russell and Mardik Martin, and is based on the book Valentino, an Intimate Exposé of The Sheik by Brad Steiger & Chaw Mank.

The film opens with newsreel footage over the big fuss caused in NYC over Valentino’s funeral, as his body lies for public viewing in an open casket and the public comes out in droves. It then takes us through its subject’s colorful life via a series of flashbacks. The Italian immigrant resides in NYC as a dishwasher and taxi dancer, and he served time for petty crimes. The gigolo ballroom dance hustler, Valentino, is run out of town for his romantic interest in a mobster’s squeeze and flees to Hollywood, and dreams of buying an orange groove. In Los Angeles, the future star dances in nightclubs. He pisses off Fatty Arbuckle (William Hootkins), on his club visit, by stealing his daffy starlet girl, a bit part actress, Jean (Carol Kane), and shortly afterwards makes her his first wife. Screenwriter June Mathis (Felicity Kendal), upset at the funeral, still suffers from an unrequited love for Valentino, recalls discovering him in a two-reeler and recommending him for the starring role of The Four Horsemen of the Apocalypse. Soon there’s the ambitious lover boy’s marriage to the scheming shrill actress second wife Natasha Rambova (Michelle Phillips, singer with The Mama’s and The Papa’s), who orchestrated his advancing movie career; there’s also his relationship with his benefactor, the actress lesbian friend Alla Nazimova (Leslie Caron);then his affair with a starlet (Penelope Milford), to prove his manhood; and scenes with how he handled himself with ruthless business-minded movie moguls like Jesse Lasky (Huntz Hall).

Nureyev, in his debut acting performance, is limited in range, can’t deliver the snappy lines with a zing and can’t lose his Russian accent. But he doesn’t ruin the pic, as he catches his character’s insecurity and constant struggle for respect. Unfortunately Russell’s uneven effort never makes Valentino into a sympathetic subject, and offers an odd mix of fact and fiction that often doesn’t work. This is Russell’s Valentino for all its faults and miscalculations. Even if the dialogue is nothing but ham, I still found it irresistible and deliciously in bad taste. 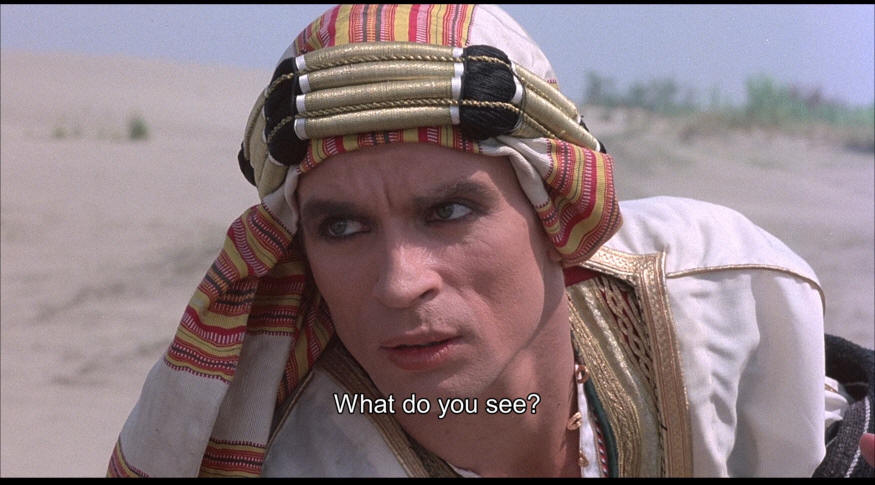