Henry Koster (“The Singing Nun”/”Flower Drum Song”) helms an inspiring ballet film that steps on its toes with too much cuteness. It was based on Jean Benoit-Levy’s 1937 French film, La mort du cygne (released in the U.S. as Ballerina). The story is by Paul Morand. Myles Connolly wrote the screenplay. The Hollywood version reduces the great French film to standard fare. Nevertheless the film hit its stride with lowbrow and middlebrow viewers in the States. The future TV star, the comedian Danny Thomas, made his film debut in The Unfinished Dance, playing Margaret O’Brien’s guardian angel, an antique-clock fixer. Movies would never be kind to Danny. The 9-year-old Meg Merlin (Margaret O’Brien) is an aspiring ballerina at the Ballet School of the Metropolitan Opera Company in New York, who is a poor orphan living with her aunt (Ruth Brady). She idolizes up and coming ballerina lead Ariane Bouchet, (Cyd Charisse), whose dance company rehearses at the school. Because she cuts classes to watch her idol rehearse, she’s nearly dismissed until the gentle Mr. Paneros (Danny Thomas), a friend of her aunt, comes to her aid and gets her reinstated. When La Darina (Karin Booth), a renown ballerina, replaces Ariane, Meg acts like a spoiled brat during the Swan Lake show to sabotage La Darina so that Ariane will return. But she accidentally pulls the wrong lever backstage and when the stage floods La Darina is seriously hurt and can no longer dance. Though not caught, the little girl goes through a guilt-trip until the grim tale brightens with a happy Hollywood ending that has the injured Darina returning as a teacher. The most enjoyable music interlude was David Lichine’s Holiday for Strings. Lichine, a former Ballets Russes principal, choreographed all the dance sequences. 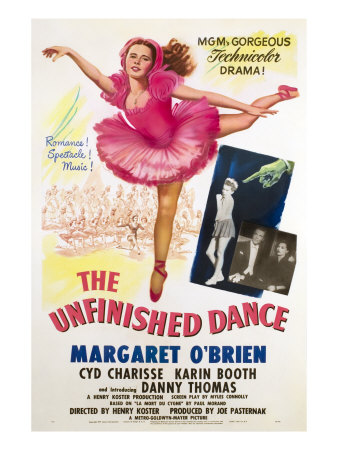 ALL THE PRESIDENT’S MEN