A very solid crime thriller shot in semi-documentary style. Its story is of the formulaic kind, but because it was so smoothly executed and the pace was so fluid the episodic saga had a natural flow. Under the very able direction of Joseph H. Lewis, the action scenes have the tension always building. Its story is about a team of Federal Treasury agents in Chi town going after the Big Fellow, who is undoubtedly supposed to be a clone of Al Capone.

One honest top brass policeman says: The guy kills hundreds of people every year and we can’t convict him, but three bookkeepers go after him on income tax evasion and expect to nail him for that. Because of the film’s dark mood and that the killers can’t be linked with their violent crimes, the film has the feel of noir.

The team of undercover Special Agents working for the Internal Revenue Service are headed by veteran Frank Warren (Glenn Ford), who feels guilty that he’s away long stretches from his loving farm girl wife, Judith (Foch), and he tries to see her as much as he can between undercover assignments. The other two team police members are equally as dedicated: there’s the bachelor George Pappas (Whitmore), who craves the action. Stan Weinburg (Wolfe) is a dedicated family man, who does the tedious department tasks required to nab the criminals.

The film opens as a mob bookkeeper named Zanger (Osterloh), plans on testifying against the syndicate because of the hefty reward promised. But he’s rubbed out before he can give them useful information.

After much leg work and little to show for their effort the agents continue to harass the crime bosses, but the gangsters are quickly released as the syndicate’s shyster lawyer O’Rourke (Kelley) springs them as soon as they’re booked.

Their big break comes when a disgruntled bookkeeper, Salvatore Rocco (Caruso), willing to take the risk in order to live comfortably with his mistress, agrees to testify. But he’s gunned down in broad daylight on a busy street as his daughter Rosa (Lazer) watches.

But the agents get the signatures of all those doing the books for the syndicate when they had them arrested, as they compare their signatures with those on the dummy accounts opened to avoid paying taxes. With that evidence, they arrest the Mob’s chief bookkeeper, Sidney Gordon (Penn-he’s the father of Sean and Christopher Penn). He agrees to testify for immunity and protection, and Rosa brings the agents the book her father kept hidden that will help convict the Big Fellow on tax evasion. Which leads to the exciting climax, where O’Rourke tries to sell his old pals in the syndicate out to avoid jail time. They pay O’Rourke back by bumping him off, but not before he warns the agents that the jury has been tampered with. As a result, with a new jury the Big Fellow is brought to trial and put away for twenty years. 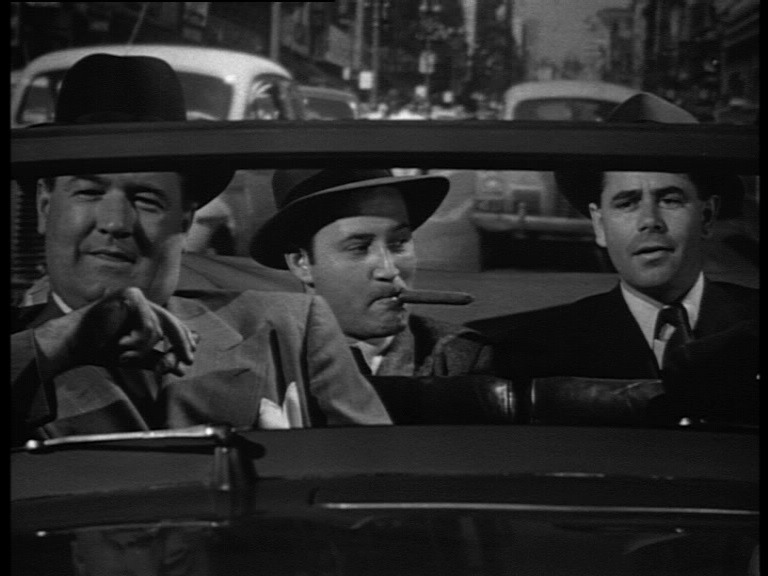