UNCOVERED: THE WHOLE TRUTH ABOUT THE IRAQ WAR

Robert Greenwald (“Outfoxed”) presents a hard-hitting and sober-minded muckraking political documentary that shows how President Bush and his administration misled the American public by going to war with Iraq. The Bush decision to initiate a preemptive attack because it couldn’t wait for a “mushroom cloud,” violated the fundamental principals of long-standing American foreign policy and made Bush into one of the most hated men in the world. The film chronicles the president and his advisers assertions that Saddam Hussein possessed weapons of mass destruction, which was offered as the primary reason for the war in Iraq. The Bush team based this information not from the U.N. arms inspectors but by misreading the CIA reports and bad intelligence from defectors. They also made a deliberate attempt to link 9/11 with Iraq even though there was no such proof. President Bush is shown to be a liar, incompetent, unethical and willing to try anything to fool the public into thinking this war was necessary. Though no proof was offered, the administration claimed Saddam Hussein helped the terrorists. All the information is delivered by a long list of esteemed talking heads (CIA personnel, military officers, diplomats, politicians, arms inspectors, former political insiders and government officials), who are eager to make their case and point out their unhappy contact with the Bush administration. Mr. Greenwald’s attack on Bush is less entertaining but more substantial than Michael Moore’s Fahrenheit 9/11. This 56-minute film uncovers a lot of good information for those who seek the truth about the war. It also effectively shows its outrage at this unethical administration that consists of scoundrels, spin doctors, thugs and masterful performers in twisting the truth. This is a good film for a patriot to see. 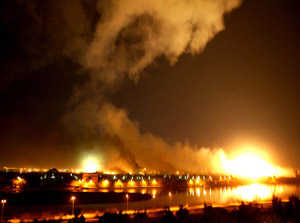 DIVING BELL AND THE BUTTERFLY, THE