Producer Walter Wanger and director Stuart Heisler (“Smash-Up: The Story of a Woman) shared a Special Effects Academy Award nomination for this intense but predictable Technicolor action romantic/drama set in the 1920s in the oil-rich plains of Tulsa, Oklahoma. It’s at best an average American Dream story, told in a soap opera, cliché-ridden and glossy style. It’s taken from a story by Richard Wormser as adapted by Curtis Kenyon and Frank Nugent. It waxes poetic in the beginning about how great an oil town Tulsa is, but by the end it makes a statement ripping the oil industry as polluters and comes out for land conservation as their answer to future greatness.

Three ranchers — Native American Jim Redbird (Pedro Armendariz), Nelse Lansing (Harry Shannon) and his one-quarter Native American daughter Cherokee (Susan Hayward) — discover their cattle are dying because their stream is polluted by the neighboring Tanner Petroleum Corp. oil well. Nelse is crushed to death when the oil well collapses as he goes over there to warn them to stop polluting. Tanner’s lawyer Winters, refuses to pay $20,000 for the death of the cattle. Unable to afford the ranch, Cherokee loses it. While visiting the hotel of her saloon piano player cousin Pinky Jimpson (Chill Wills), play acting as narrator and as a poor man’s Will Rogers folksy philosopher, Cherokee befriends drunken oilman “Crude Oil” Johnny Brady (Edward Begley) by coming to his aid while hailing a cab and he later hands her out of gratitude leases to drilling rights of land belonging to Jim and another Native American rancher named Charlie Lightfoot. That night Johnny is killed in a barroom brawl, and Cherokee decides to go into the oil business and get even with Bruce Tanner (Lloyd Gough).

Things are not going well until Johnny’s son and heir, Princeton jock Brad “Bronco” Brady (Robert Preston), surprisingly shows up and puts up the money needed to continue drilling with one stipulation: If she does not strike oil within three weeks, the leases will become his. The oil well comes in and Cherokee is now a respected oil magnate, who uses the opportunity to expand further ignoring Brad’s advice to stop drilling on the land because it will ruin the grassland. Cherokee merges her company with the greedy Tanner to form a conglomerate called Tel Oil and the establishment firm continues drilling. Cherokee plans to marry Brad Brady, but he gets ticked off with this get rich quick scheme that shuns conversation and rejects the marriage and her business partnership.

It all boils down to a big oil well fire started accidentally by rancher Jim, who has changed his mind about allowing drilling on his land. The fire breaks out when Jim tests his water for oil with a match. All the oil fields owned by Tel Oil go up in blazes, but Cherokee as Tanner notes is “Smart, ambitious and hard as a driller’s fist” and changes her mind on the dime about how to drill after the destruction and promises a grateful Jim to rebuild with spaced wells, restricted oil production and fences to protect the cattle–setting a standard for the state. It ends with the unbelievable optimism that the oilmen and the conservationists will get together rather than fight each other as enemies.

We’re asked to believe that our grasping socialite heroine suddenly finds moral redemption and gets her man back because of the fiery climax, which I couldn’t wholly swallow because it wasn’t warranted by the passionless storytelling and soft performances. This film is all about the spectacle of the grand fire at the end, and doesn’t have a thing to say about the oil industry that isn’t oily. 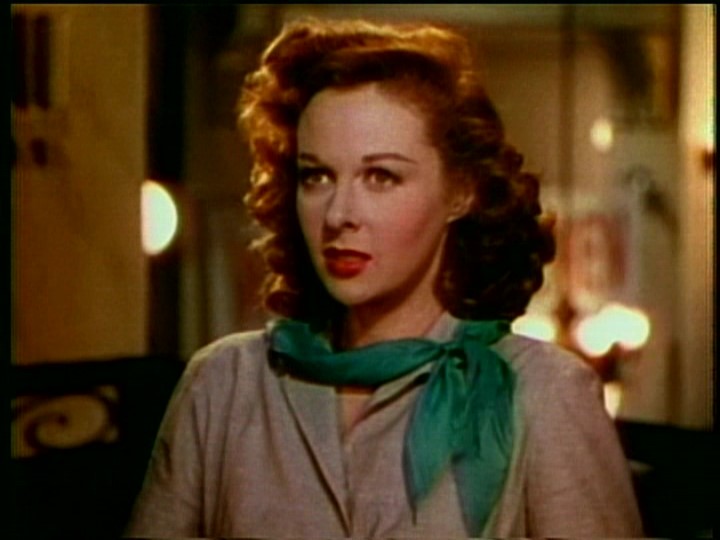